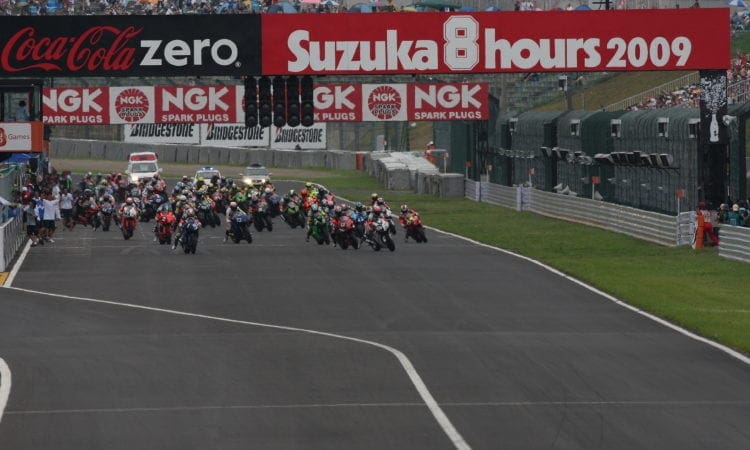 It’s the famous Suzuka 8-hour race this weekend, and the Japanese manufacturers are going all out to win this special event. Over the last few years it’s been a Suzuki versus Honda battle, and all eyes will be on these manufacturers this year as they’ve drafted in some of their best riders.

The front runners look to be the F.C.C. TSR Honda squad with Jonathan Rea (the sole British rider in the race – he tested the bike last week but the weather was poor) at the helm along with Yuki Takahashi and Kosuke Akiyoshi. The current champs, the Yoshimura Suzuki squad, will be right up there too, with Yukio Kagayama, Daisaku Sakai and Nobi Aoki. There will be three European teams challenging the 48 local teams (as the race isn’t compulsory as part of the FIM endurance world championship) – Bolliger Switzerland (Kawasaki), Yamaha Austria and Yamaha France GMT 94. Machine-wise, the race doesn’t attract the weird and wonderful like it once did, the most exotic being a few Aprilia rsv4s and Beemers. First practice kicks off on Friday and the race starts on Sunday.