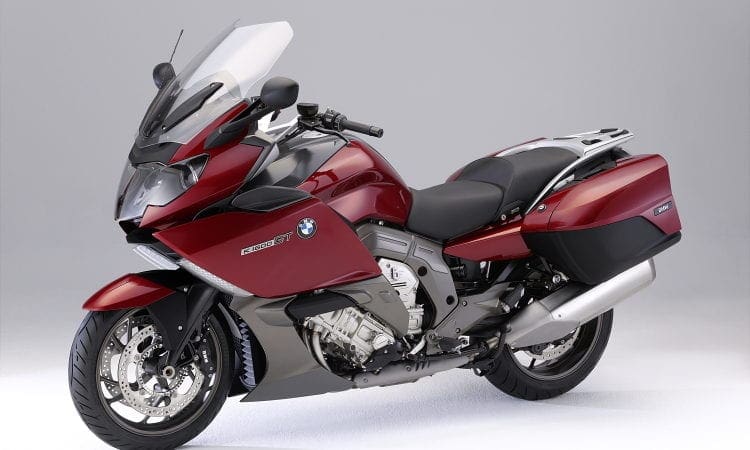 Having launched the S 1000 RR, BMW are putting sportsbikes on the back burner in 2011. So the German firm’s new models will revolve around its 1649cc six-cylinder motor that will have the Honda Goldwing shaking in its considerable boots.

There are two models in the new K1600 range, the GT and the GTL, both massive tourers that’ll propel you to the ends of the earth in supreme comfort. The motor is the big news, with the inline six lump using a 102kg long-stroke motor to enable the block itself to be narrow and compact – it’s barely wider than the current K1300 engine. Peak power is said to be an amazing 160bhp with 175Nm of torque – 70 per cent of which will be on tap from 1,500rpm.

The GT has its controls in a ‘sportier’ setting, placing a little more weight over the front end for what BMW call ‘progressive’ touring, while the GTL is more laid back and gets choons, sat nav and a top box as standard. Both bikes get panniers, but the GTL is nearly 30kg heavier.

Options include traction control (with three settings of rain, road and dynamic), more detailed than the system that’s fitted to the S 1000 RR. Expect to pay £16,000 for the GT and £20K for the GTL.