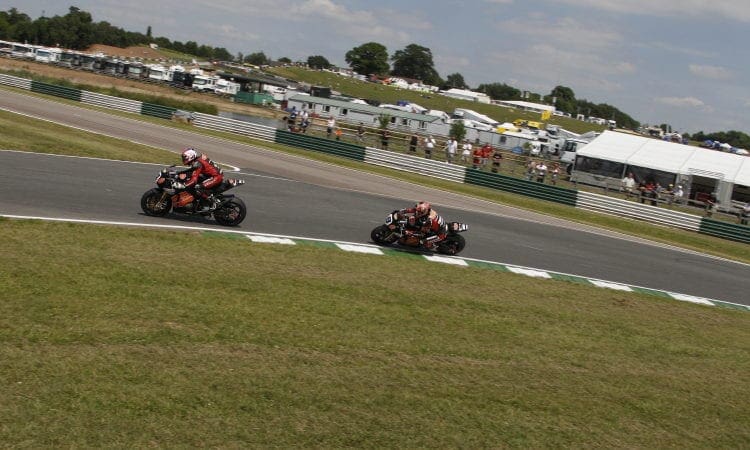 As the 2011 British Superbike calendar was released yesterday, many punters were left disappointed, and most racers sighing with relief: after 15 consecutive years of racing at the venue, Mallory Park has been dropped by the organisers of BSB after consultation with teams. With the risk of getting mugged and abused by race fans worldwide, I’m bloody glad too. But my reasons are utterly rational and justified.

There’s something niche and almost cute about Mallory. It’s not often a circuit temporarily closes during race day to let the OAP bus into the paddock for the coffin-dodgers to go fishing on a Sunday. It’s also, probably, the only track that you have to drive half the length of in order to gain access to the paddock. And the scenery is beautiful, and blah-blah-blah.

The simple and underlying fact is that modern sportsbikes/superbikes have outgrown the place, and it’s just plain dangerous. Due to the tight confinements and nearby villages, extending runoff isn’t really an option, and adding yet another chicane is a complete waste of time. I’m sick of hearing the constant recycled garbage of ‘but it’s a fan’s favourite’ and ‘it’s great for spectators’. And what about the clowns who perform there? I’ve already lost a friend. No amounts of traction control or electronic aids are going to save you from hitting a tree, or that wall that provides amazing vantage points for viewing.

Mallory Park will remain as a top-trackday venue – it’s cheap, good fun and relatively safe in a controlled environment, and the Wednesday afternoon test sessions will continue to be rammed as racers thrive for that midweek fix. Let’s jut move on.