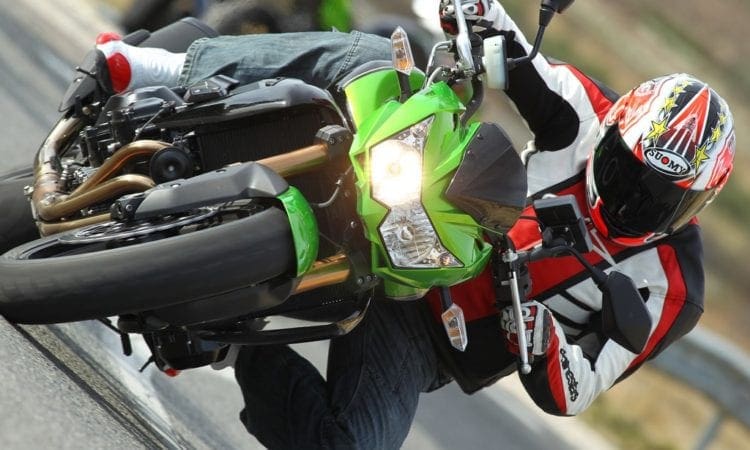 The new 2011 Kawasaki Z750R is hardly a Z750 on steroids – more like a Z750 with plastic surgery. Changes to the engine revolve around new casing colours, so power from the 748cc inline four motor remains the same. No, the real changes come in the Z750R’s new look and components.

The new style is great. We’ve seen lots of moody shots in press packs where the bike looks proper butch – and it doesn’t disappoint in the flesh. The bike is also improved in the suspension department, with parts from the 2009 Z1000 replacing the budget stuff on the standard Z750. Brakes are from the very latest Z1000, so you can guess that they’re not going to perform any worse than the basic calipers on the standard Z750.

On the move, the changes to the bike don’t make themselves immediately known as you cruise through town and charge along the motorway. The engine is unchanged after all. But the handling changes have made a positive difference. It’s no sea change, but it’s certainly a step in the right direction.

The Z750R is available in the next few weeks, but if you order now you’ll escape the VAT hike and get the bike for £6,999. After this, the bike will be £7,140 in both ases, about a £500 increase over the still current stock bike. For more information, head to www.kawasaki.co.uk