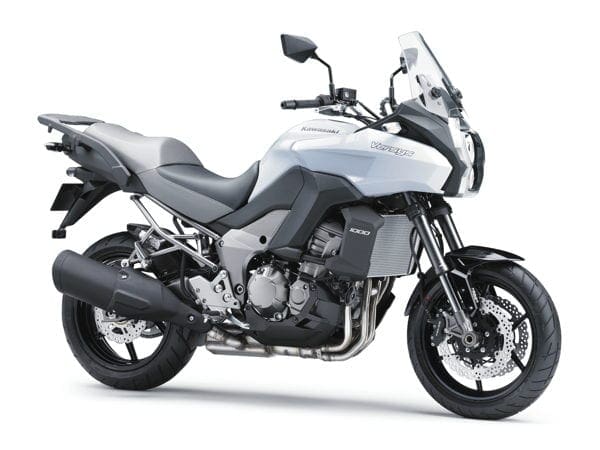 Kawasaki is getting in on this launch lark, with the unveiling of the new 2012 Kawasaki Versys 1000. Taking the Versys concept to a much bigger capacity than it’s current 650 brother, it seems that almost every manufacturer is taking to the adventure class in one form or another.

Kawasaki’s option will be powered by the Z1000 motor – so that means 1043cc of four cylinder goodness. let’s just say it won’t be shy of power. It won’t be short if gizmos, either. The Versys 1000 will feature KRTC traction control (not the same as on the ZX-10R), Power Mode selection and latest spec ABS. Unless you wan’t leccy suspension, we can’t see that you’d want much more in this department.

It’s obviously got a new frame (aluminium twin tube) to house the motor and to give it adventure-like ergonomics, and the suspension will feature long travel, as expected in this class (even if not utilised). For the journey, it’s got an adjustable windscreen, a 21.5 litre fuel tank, a chunky subframe for luggage carrying, and front and rear will both be of the 17″ variety.