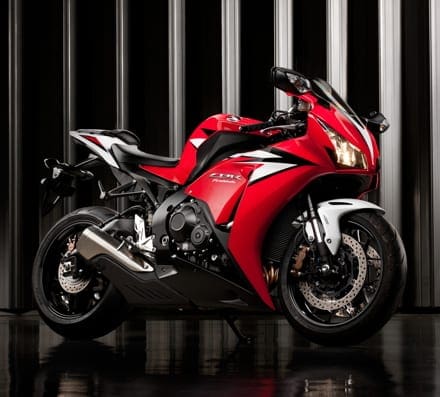 Yes, Europe is once again getting its banana-straighteners out, and suggesting plans to measure our sausages. But sadly, it’s not so comical this time.

Yes, it’s completely standard – and if the EU get their way,
modifying it would be illegal

Imagine being told that it’s illegal to fit different wheels, or a 520 chain conversion, or an end can / full system to your bike. You know – that thing which is your own property. What next? Will they be able to tell us we can’t ride on Sundays because that’s when most bikers fall off? Or maybe it’ll be illegal to accelerate unless you’re bolt upright. Well, on Monday the European Parliament’s Internal Market and Consumer Protection (IMCO) committee voted through stringent proposals for the regulation, approval and market surveillance of motorcycles, three wheelers and quadricycles. The upshot of which is that modifying your bike could be rendered illegal.

The IMCO committee vote is an early stage of the legislative process and is in effect a recommendation to the European Parliament. If the European Parliament take the same view, it would mean that from 2014, measures to prevent power-train modifications (by the user that may have adverse effects on safety or the environment) must be devised and applied by manufacturers and also that owners must present their motorcycles for inspection after carrying out ‘substantial’ modifications ‘by the competent authorities’. It would also mean that as from 2016, tighter emission laws would apply and all machines would have to be fitted with ABS, not just those over 125cc as previously tabled.

The European Parliament final vote will be held in the New Year but on the positive side say the BMF, IMCO chairman Malcolm Harbour will conduct an impact assessment dealing with timelines, emission limits, ABS and anti-tampering measures, the outcome of which is expected to influence the European Parliament’s final vote.

Speaking after the vote, Chris Hodder, the BMF’s Government Relations Executive said: “Rather than protecting the right to enjoy their property, IMCO MEPs are recommending that it be curtailed. Some requirements such as those for durability and improved access to repair and maintenance information are good, but others that restrict the owners right to adapt and modify their own machines strike at the very core of motorcycling and are totally unnecessary.”

The BMF is now stepping up its lobbying of UK Government and MEPs through its membership of FEMA, the Federation of European Motorcyclists’ Associations. A detailed report on the IMCO vote will soon be available on the FEMA website.