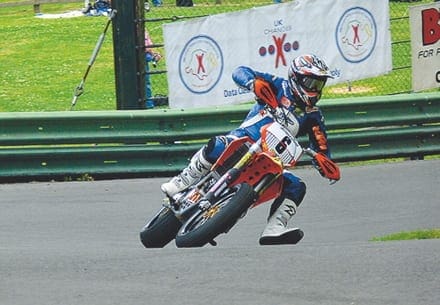 The second annual Prescott Bike Festival to raise funds for, and awareness of, the Nationwide Association of Blood Bikes and one of its member groups, Severn Freewheelers (SFW) takes place on Sunday 22 April. Members of Blood Bike groups give their time free to transport blood and other medical items on behalf of the NHS – helping to save lives and taxpayers’ money in the process.

SFW was founded in March 2007 and by the end of 2011 the volunteers had responded to 11,400 calls, with 400 in December 2011 alone.  It has a team of 80 active riders and another 40 active volunteers assisting with telephone co-ordination of the riders and with fund-raising.  The operations are divided into three areas: Hereford & Worcester, Gloucestershire, and North Wiltshire, together covering an area 80 miles by 50, from Birmingham to Marlborough and from Hereford to Burford.

This year’s Prescott Bike Festival will include a galaxy of star riders, a raft of classic bikes, a chance for people to ride the famous Prescott hill on their own bikes and a host of events for all the family. The ever-growing list of star riders attending now includes former racer and now MotoGP commentator, Steve Parrish, and motorcycle adventurer, Nick Saunders (who has motorcycled around the world seven times). They join those already confirmed as listed below:

The Prescott Bike Festival will feature a Race Bikes Thru’ the Ages display with visitors able to get up close with rare exotica, early pioneering machinery, modern MotoGP bikes and more as well as see many of them in action, ridden by race riders.  Nearly all of the 200 tickets for visitors to Run the Hill on their own bikes have now been sold so to avoid disappointment visitors should visit  Prescott Bike Festival website. A few lucky visitors can be a passenger in a Formula 2 Honda sidecar outfit fitted with a CBR600FW engine. There will be a limited number of tickets available at the Festival and passengers will need full motorcycle gear and must be over 18. Martin Robbins, 2011 British Hill Climb Champion, is also offering pillion rides on his Yamaha TRX 850 hill climb racer – if you dare! Again only a limited number of tickets will be available at the Festival and restrictions apply.

The 2012 Festival will include a children’s demo area, a new Orchard Food & Bar Village, a Run the Hill Fancy Dress competition, paddock fun with a tribute act dedicated to the famous George Formby motorcycle film, No Limit, and live entertainment from UK hot rocking band, Josie and the Outlaw.