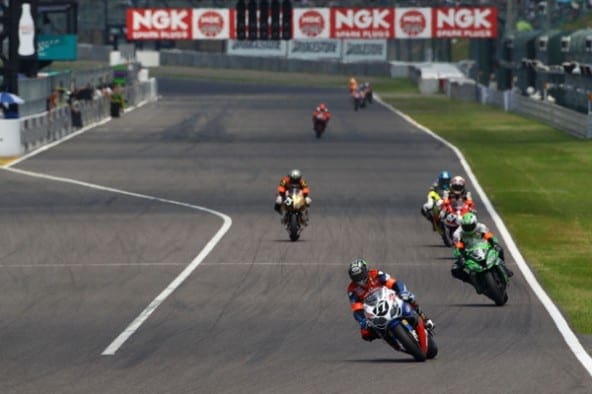 This Saturday sees the 35th running of the Suzuka 8 hour race, with a good smattering of familiar names giving this historic race a real British feel. Sure, the Japanese factories can’t force MotoGP riders to come and do their manufacturer proud like they could in the old days, but for those not in the premier class participation means brownie points in their hope for a promotion.

Of course, the full time teams in the World Endurance class are making an appearance, with seven teams currently on their way to Japan. That means the Honda TT Legends team, as well as rivals SERT, BMW Motorrad France, and GMT 94. The TT Legends currently lie second in the championship, and hope to sneak ahead of current leaders, SERT.

Tommy Hill and Nori Haga are flying from Brands Hatch to Suzuka to ride in the Moster Energy YART racing team. Jonathan Rea will compete alongside veteran Tady Okada on last year’s winning team, FCC TSR Honda (running no.11, the second most lucky number in Japan. 1 is the first, but two 1s is considered the next lucky). Leon Camier, Aussie Josh Waters and Nobu Aoki are riding for the Yoshimura Suzuki team.

Bike wise the Suzuka 8 hours used to be a mad mix. It’s generally a mix of the Japanese 1000s, and although the days of trick CB1300s racing is gone, there are still three Aprilia RSV4s, a KTM RC8 R and a Ducati 1199 Panigale in the line up.

The first free practice sessions will take place on Thursday with the race starting at 11.30 local time on Sunday. Our Japanese is a bit rusty, but if you head here, you may be able to see it streamed on the internet http://www.ustream.tv/channel/suzuka-event.