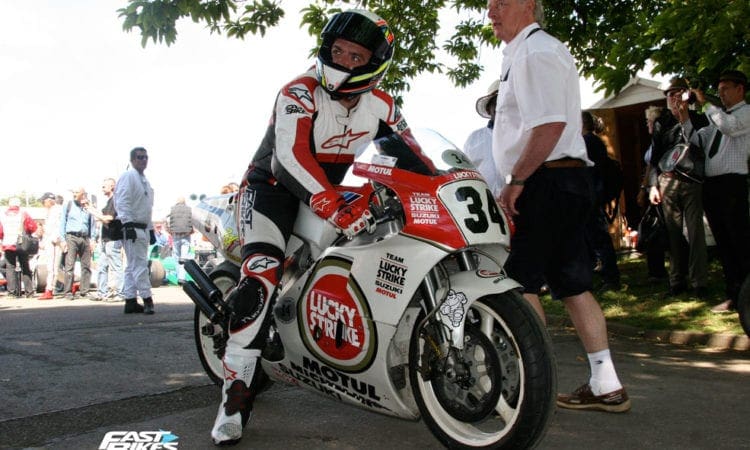 I’m not going to lie to you – we get to do some pretty cool ‘stuff’, ride an array of fabulous motorbikes, and travel the world. 2012 has been no exception.

Starting off with the Panigale – Ducati decided to send us to Abu Dhabi and the Yas Marina F1 circuit. The whole experience was unreal, from the bucking 1199 to the hotel and the money out there…

Next up was the mammoth tyre test we did at Dunlop’s test facility in Mireval, France. Three days of non-stop testing and torture to give an unrivaled, definitive rubber comparison. It’s not all fun…

Tom Sykes truly delivered in 2012. OK, he lost the championship to Biaggi but only by half a point, and he goes into 2013 full of confidence. Halfway through the year Kawasaki selected an elite few to sample the 2012 KRT ZX-10R at Motorland Aragon, and Fast Bikes got an exclusive invite. What a bike…

Do you remember the Olympics and Paralympics? The summer of 2012 was hard to forget, given the success of The Games. By now you should know Talan Skeels-Piggins and the amazing work he does. Paralysed after a road crash, TSP made history this year by becoming the first paralysed rider to compete in a short circuit road race. He was also a torch bearer, and I was desperate for a light…

Goodwood Festival of Speed is an experience in itself. Everything and everyone in motorsport is there, including Kevin Schwantz’s 1993 RGV500. As a father, riding this up the hill has to be the second best moment in my life, just after two BSB podiums in a day.

Fast Bikes ‘did’ Le Mans this year. The 24hour race is a must-do in your lifetime, and is only a few hours from the ports in France. I rode down (after a puncture on my comfy Gixer) on the 848, which was fairly painful. Click here to see the video

2012 saw an addition to the ‘600s’ class, with the beautiful MV Agusta F3. There wasn’t enough room to publish this pic in the magazine, shot by Jonny Gawler at Donington Park as we raced an F3 race car. Click here for the onboard

I went on holiday to Italy in the summer and timed it to coincide with Mugello MotoGP – another must-do on the list. I managed to blag our way into Ben Spies’ factory Yamaha box and plonked my son on his M1.

And finally, I couldn’t leave out the old girl I’ve ridden on most weekends in 2012. The JHS Racing SV650 Supertwin. This year saw the birth of a new class and it was great to be a part of it