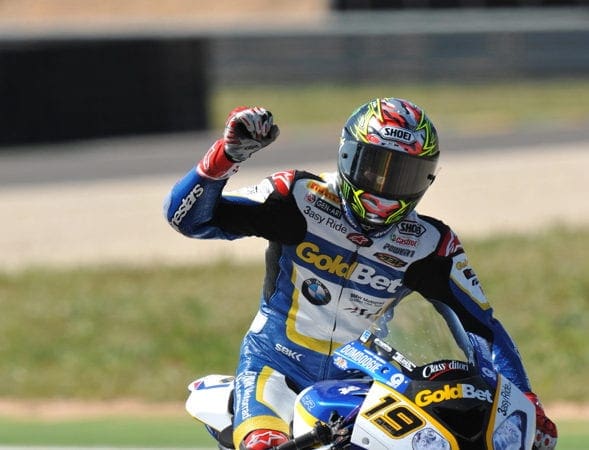 With BSB running at Thruxton and WSB over in Spain at Aragon there was plenty of action this weekend. So who has come out of it well – and who will be cursing their luck?


Chaz Davies: World superbike weekends don’t get much better than this. A brace of wins after a so-so first round really puts Chaz in the hunt – and we’re only at race two. Two great rides and a demonstration of what Chaz can do.


Shakey Byrne: Another man to score a pair of wins, Shakey looks in the form of his life – we only wish he was somewhere on the world scene.

Alex Lowes: Alex is riding with his head. He knows he’s on a great bike and that this could be the year that he gets to join his brother on the world stage. Impressive stuff.

Eugene Laverty: Two DNFs were the last thing Laverty wanted after getting on the front row in qualifying. An ignominious Sunday.


Leon Camier: Wrecking his knee in practice meant that Camier sat out the racing and he’ll be in a race to get fit for the next round at Assen.

Ryuichi Kiyonari: Another weekend to forget. The war for four is turning out to be a one sided battle. Out of the points in race one and a crash in race two is desperate stuff…