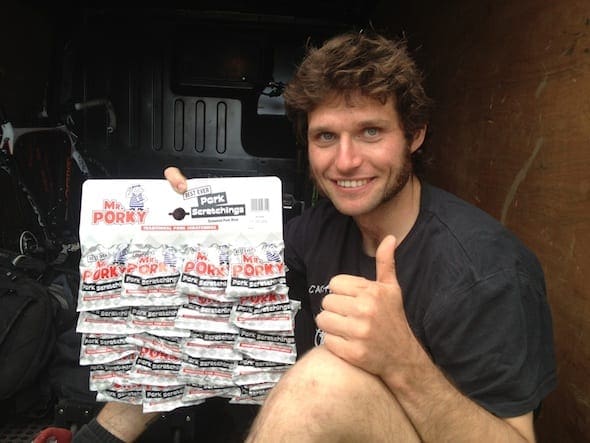 Tyco Suzuki’s Guy Martin has joined forces with Mr Porky: one of the UK’s elite pork scratching manufacturers. No, this isn’t an April Fools’ prank: the Lincolnshire truck fitter (the six figure salary earned racing motorbikes doesn’t count as a profession) has worked a deal where he’ll lend a hand in developing a new Mr Porky product and gain support for his road racing escapades.

“Pork scratchings, it’s the food of champions,” said Guy. “I’m not joking, my mum brought me up on pork scratchings and I’ve got loads of ideas for the pack design”

Mr Porky’s are produced in the beautiful town of Corby and more than 20 million bags are sold each year. Good luck Guy!