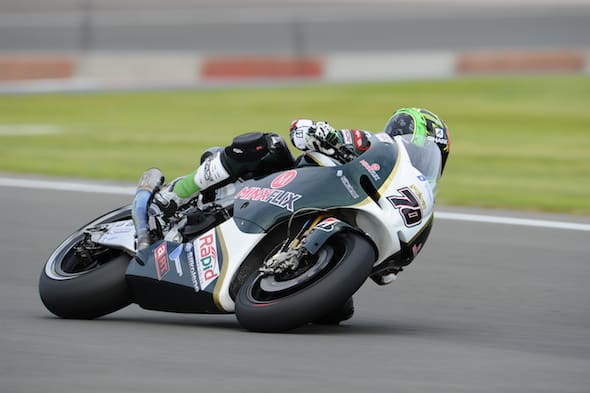 After much doubt and confusion, Paul Bird Motorsport has finally confirmed its rider line-ups for 2014, with no real surprises bar one. Michael Laverty has a crack at his second year in MotoGP and will be joined by Australian Broc Parkes on PBM Aprilias. Parkes has already ridden for Birdy’s team back in 2009 when the Cambrian ran Kawasaki’s WSB team.

Michael Laverty:  “We learned so much in year one that I’m delighted Paul has continued his involvement with MotoGP and that he’s given me the opportunity to continue with the project. Everyone has told me that year two is much easier so the aim is to put into place what we have learned and to raise our game accordingly. The class is going to be a lot tougher with the new production bikes but our aim is to consistently score points.”

Broc Parkes:  “Firstly, I’d like to say a massive thanks to Paul Bird for the opportunity to work with his team once again; I’m really looking forward to it. This is the premier class and it’s every rider’s dream to race in MotoGP. I know this is going to be a tough season but I’m certainly up for the challenge, I can’t wait to get started.”

Meanwhile, back in Blighty, Shane Byrne partners Stuart Easton in the British Superbike Championship. ‘Shakey’ became the most successful rider in BSB history in 2013 and is joined by reigning BSS champ Easton on a pair of PBM ZX-10Rs.

Shane Byrne:  “Paul and I agreed a deal ages back and I’m made up I’ll be racing for the PBM Rapid Solicitors Kawasaki team once again in 2014. We came so close to defending our title that it makes us even more determined to win it back this season and I know I’ve got the most competitive package to do that. We had a successful test in Spain earlier this week so I’m feeling confident already.”

Stuart Easton:  “I’m pleased to be back in British Superbikes and especially riding for PBM on the Kawasaki. It was brilliant to win the British Supersport title last year as it got me fit and back to form so now I feel I’m ready to step up to BSB again which is where I want to be. My first run out on the bike in Spain was very positive and I was on the pace so can’t wait for another outing in preparation for the season ahead.”

Paul Bird, Team Owner:  “It’s taken a little while but I’ve got the four riders I wanted in the two championships I wanted to race in. We’ve done a lot of spade work in MotoGP over the past two seasons so the plan is to build on that and work with our partners and Michael and Broc are very capable of delivering. As for BSB, it really hurt us losing our crown to Honda so Shakey’s back to try and reclaim it and Stuart needed a year away from BSB and is now back in the big time with us. We have some wonderful and loyal sponsors with Personal Injury and Clinical Negligence specialists Rapid Solicitors and Fuchs Silkolene on board again and also, we’d like to welcome MAC Tools too. There’s still some business to sort which will be of very big interest when we announce it so watch this space!”