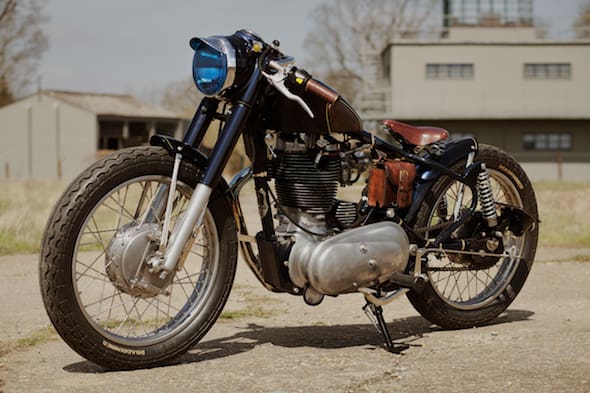 We love a bobber here at Fast Bikes, even if it doesn’t quite fit in with the FB mantra. They’re just inherently cool. This puppy is The Fox, created by Old Empire Motorcycles who specialise in building bespoke, exclusive motorcycles, and comes rolling on Avon Roadrunners – probably the only rubber choice for classic and custom bikes.

It’s based on an old Royal Enfield 500 and only five of them will be made by OEM in Norfolk. Priced at around £7,500 depending on spec, you’ll get LED indicators, a modified Harley-Davidson Sportster tank and Amal carburettor conversion, midnight blue paint and Avon Roadrunners. Later Enfield engines can be used in the build.

Head to oldempiremotorcycles.com for more on The Fox, and loads more funky customs…