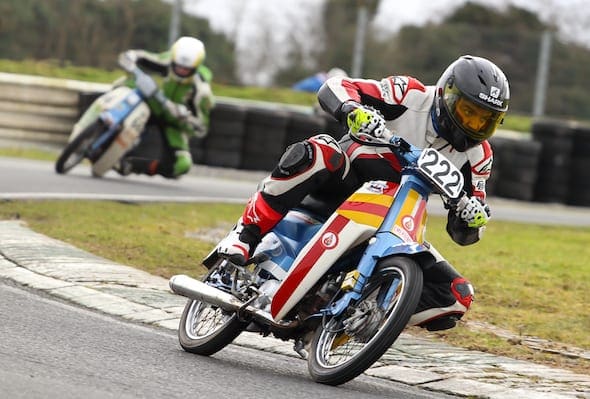 While many were watching World Superbike highlights or nursing hangovers, I was racing at Mondello Park. I say racing, it was more of a demolition derby: 48 Honda C90s lined up for the annual Nifty Fifty endurance, ridden by a host of international road race stars (including Guy Martin) and a few guys who had never seen a track before. An eclectic mix, for sure.

Biblical rain and howling wind greeted us on arrival at Mondello but, thankfully, the track dried throughout the five-hour race. That didn’t stop the ambulance making a regular appearance on the circuit. Who knew C90s could bite so hard?

I was placed in a team called ‘Swords Express’ with some local lads. Let’s just say we had more laughs than laps. Read all about the carnage in the magazine very soon.