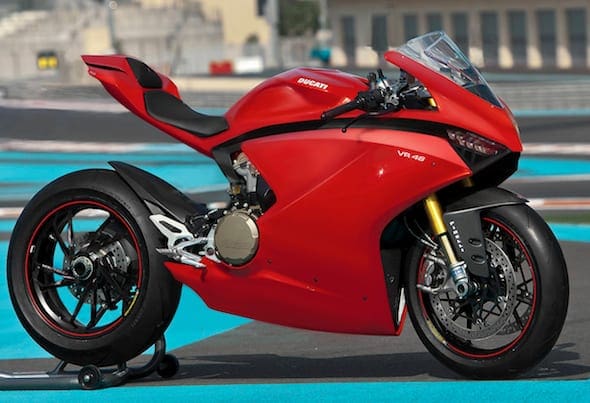 This is the handy work Steven Galpin: a young automotive designer, formerly of Swansea Metropolitan University. Based on the 1199 Panigale, Steven’s idea was to create a commemorative project to coincide with Valentino Rossi ending his career at Ducati. The Doctor scuppered his plans by prolonging his profession at Yamaha. Still, this is a quality bit of work that has already been well received by Ducatisti.

All too often, designers get a little too carried away and completely bugger the job. Steven has retained the fundamental beauty of the 1199 and added his own flair – including making the exhaust part of the swingarm. Could this be the next Panigale?