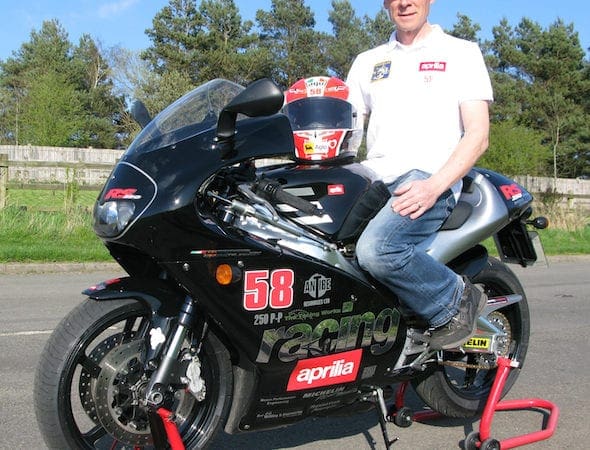 Stuart Swift is about to go large. Using an Aprilia RS250, the 51-year old RAC patrolman will attempt to beat the world land speed record in the 250cc production class at Bonneville Speedway.

The current record is 136mph and held by another British rider, Mark Jordan. To qualify for the world record, Stuart will have to ride faster than the existing record three times, and then an average speed of two runs over the three-mile course will be taken for the final figure.

Stuart has spent years researching and developing the Aprilia’s engine himself, being a firm believer that a world record beating engine tune cannot be bought – hence the difficulty in breaking these records.

Stuart said: “I’ve been interested in Bonneville since I was seven years old, but it wasn’t until I was thirteen that I got my first bike, a Honda ST50. This attempt will fulfil one of my lifelong dreams and I truly can’t wait to line up on the salt in August this year. I’ll be wearing number 58 in honour of one of my heroes, the late Marco Simoncelli 2008 250GP World Champion.”