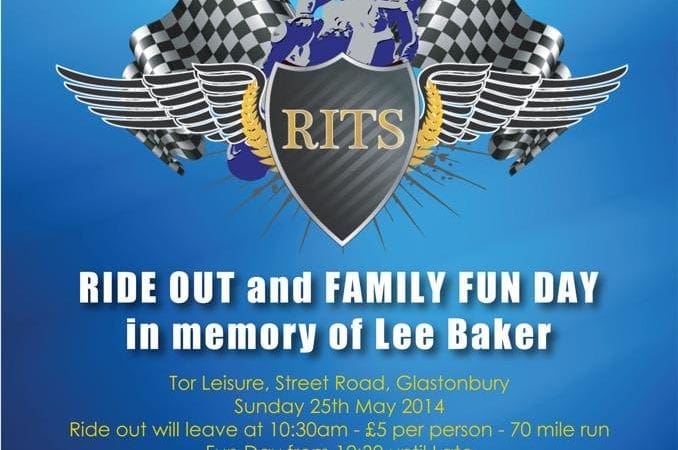 Riders In The Sky (RITS) is a group of friends raising money for the Dorset and Somerset Air Ambulance service – vital for motorcyclists up and down the country. The charity was launched after its founders lost a friend and avid biker, Lee Baker, in a motorcycle accident in 2010. RITS have so far raised over £23,000 and the annual ride out and fun-filled day is scheduled for 25th May in Glastonbury.

There’s plenty going on throughout the day, kicking off with the ride-out at 10.30am: expect lots of burning rubber and excess smoke. The last three years have seen around 2000 riders gather for a 70 mile thrash over some of Lee’s favourite roads, including Cheddar Gorge.

Back at base, there’s an auction with some cracking prizes, ample entertainment for the entire family including live music and a cider bar, and a darts competition.

As well as a keen biker and firefighter, Lee himself was a keen charity supporter and the legacy will continue. Go to the RITS website and support a worth cause. They’re a proper bunch of lads, too…