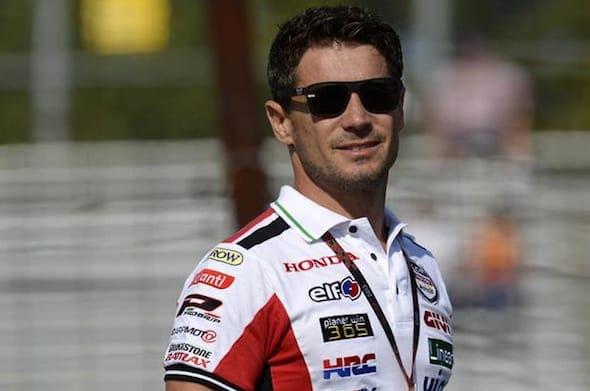 When Casey Stoner was riding in 250GP for Lucio Cechinello’s well-run squad on an Aprilia, I managed to sort a meet at Donington, with him and Casey. Stoner had requested I met him at his motorhome first, though when I entered, he was far too busy playing with his (then) new missus who would later become his wife. The incessant giggling I was met with was accompanied by that ‘eau du teenager’ aroma, much like any other young racer’s sleeping berths. In fact, Casey, Chaz and two or three others used to sleep together in a box on wheels when they first raced GP, and the essences that used to emenate from that square hell have reached legendary proportions over the years.

Anyway, after meeting an extremely affable Casey in the team truck, it was time to talk to Lucio. A typically stylish, polite and very well spoken Italian gentleman, he is quick to put people at ease in his presence. So he offered me a coffee, and after some gentle ribbing that I had asked for a latte in the afternoon (Not the done thing apparently), he went off to get it. We continued to speak as he made the drink, and I delved into my bag to grab a recorder. Turning to answer one of his questions, he was suddenly right next to me as I spun around. I knocked the latte right from his hand, and it landed square on his forehead. Oh, fu…

As he stood there, with my foamy latte dripping all down his face and chest, I pondered briefly what was to happen next. With a grace that will never leave me, he didn’t punch my face in, but managed to clean himself entirely while still talking, with a single napkin that ended up as a tiny, perfect coffee soaked square. This square he then threw ten feet across the garage into the bin, without even looking, cool as the proverbial cucumber. After changing his shirt he looked brand new and we finished our chat. I’d like to think he didn’t hold it against me, although some of the words I heard spoken in Italian after I left, I decided never to ask anyone what they actually meant. Oh for a sudden, large, dark, long hole in the ground…