One of the worst kept secrets in the WSB has now been made official, as Mr J Rea has been announced as Tom Sykes’ team-mate for 2015.

You can’t really blame him for making a move, and essentially committing himself to Superbikes, as Honda simply haven’t given him his due. Contrary to what the Ten Kate team is usually referred to as, it is not a factory team. They have had increased support from HRC in the last two years, but that’s been only really on the electronics front. Ten Kate are otherwise a privateer outfit, just the only ones to run Hondas and the only ones to truly have any meaningful success with the brand in WSB since the factory officially withdrew in a huff when the series moved to a single make tyre. 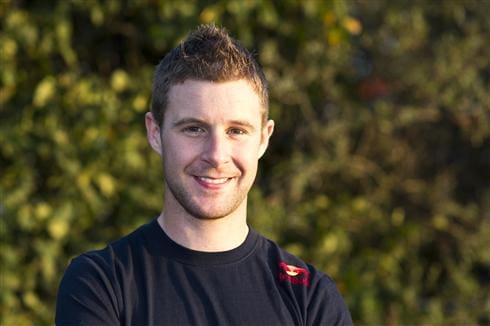 He did get a crack at MotoGP standing in for Casey Stoner, and did very well, which led everyone to believe he’d be in that paddock before too long. But that didn’t happen, and Jonny has continued to campaign the aging Fireblade year in and out, still getting wins and podiums, but no new bike to properly mount a challenge.

It’s typical that next year may see the Honda he always wanted being introduced, but them’s the shakes, and the Kawasaki ZX-10R is hardly shabby so we expect him to go well. Plus, he’ll have a lot of motivation to beat Honda, and also his team-mate Tom Sykes, too. The pair aren’t the best of friends we’ve heard!

So, 2015 continues to get more and more interesting!

Good luck to the boy!