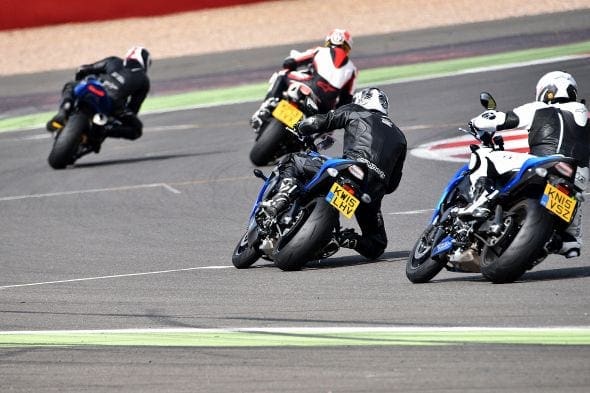 Our intrepid snapper, Jonny Gawler, has enjoyed his life as a novice born-again biker thus far, and also the Suzuki GSX-S1000F in his care, too.

We managed to talk our regular snapper Jonny into getting back into bikes properly, after nearly twenty years of photographing them, rather than riding them. First up we stuck him on a Kawasaki  ZX-10R and laid 2,500 miles of travel at his door, which you can see in the previous post. He did pretty well, so we gave him the responsibility of a longterm bike next, the aforementioned Suzuki.

He decided to do a series of video blogs on his experiences, which you can catch up with below.

Part 1 – Jonny gets his bits fiddled with. His suspension bits, that is.

Part 2 – Rubber Jonny gets out on track at Castle Combe!

Part 3 – Jonny fits some bits and get the Suzook on the dyno.

Part 4 – Jonny does the impossible, by travelling back in time to his first ever taste of the GSX-S1000F(FS). We’d chucked him in the deep end by sending him out on track at Silverstone, for his introduction to all things F. Aren’t we nice?

You can read Jonny’s exploits in the magazine each month, like the current issue 311, out now!