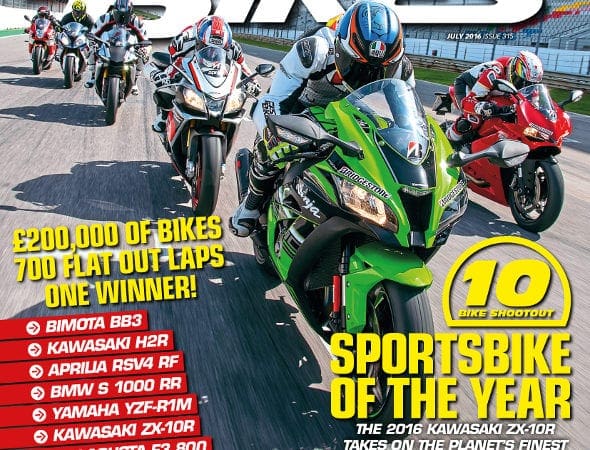 This month we see the big kahuna, the Fast Bikes Sportbike of the Year test. For those unfamiliar with the best test in the world, we take the ten best sportsbikes on the planet and spend two days on one of the best tracks in the world in the attempt to declare one of these machines our ultimate winner. 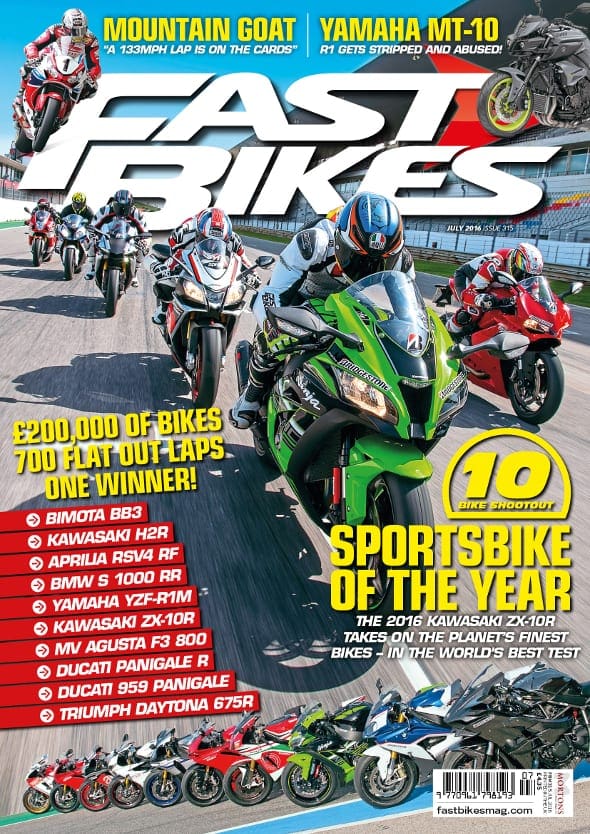 New for 2016 are, of course, the Kawasaki ZX-10R and the Ducati Panigale 959, and this pair lines up against last year’s winner – the Aprilia RSV4 RF. Also packed in the van were a storming BMW S 1000 RR, the techno feast that is the Yamaha YZF-R1M, as well as stalwarts such as the Triumph Daytona 675R and MV Agusta F3 800. New to SBOTY are the Ducati Panigale R, the Bimota BB3 and Kawasaki’s supercharged H2R. Yes, we were very excited… 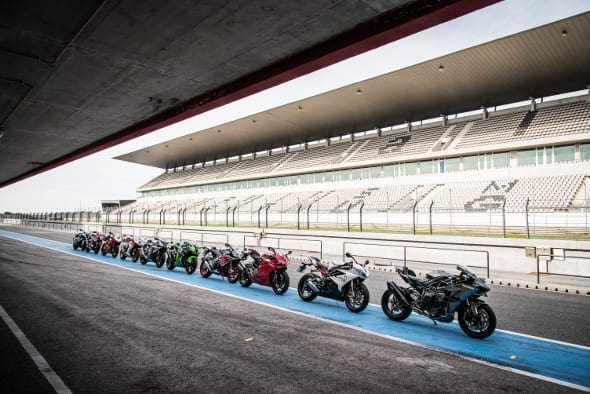 It was also the Yamaha MT-10 launch this month, so we trooped off the Spain to sample Yamaha’s latest efforts. The new bike uses the R1’s engine, the R1’s frame, the R1’s brakes and the R1’s suspension – all tweaked to suit the funky new vibe. Looks are a little on the divisive side, but the performance of the bike was something else. 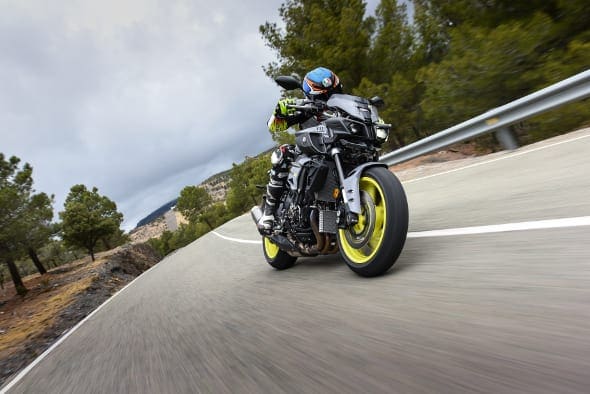 We also had a shot on Metzeler’s new road tyre, the Roadtec 01. The German firm promised much, and we found that it was delivered all on a silver salver. If you’re looking for a set of new hoops for the road then best read this before you make your purchase. 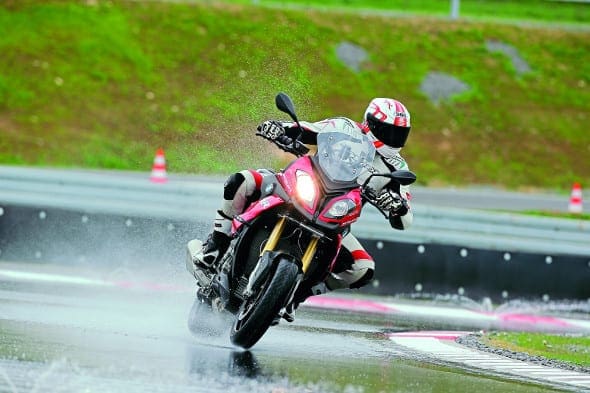 What else? There’s loads – we look at the new T12 Massimo with its WSB-spec motor and featherweight frame. We round up new products and have a focus on rearsets. We check out what Simon Crafar’s Motovudu school is all about, we check out whether the 2007 Honda CBR600RR is worth investing in, we chat to John McGuinness and Ian Hutchinson – plus there’s all the news, race gossip, columnists and masterclasses to catch up with! Blimey – that should keep you out of mischief for a while! 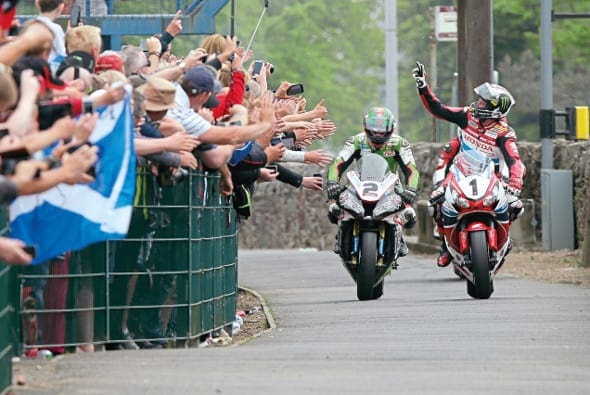