Ducati is re-entering the not-quite-mental fray with the release of a new SuperSport bike. This was the machine that sat in a box during World Ducati Week at Misano, so there’s a fair chance that some of you will have seen it already. And in another way, we think that we’ve seen it already as it looks really familiar, with echoes of the current Panigale mixed in with Honda’s CBR650F and Kawasaki ER-6f. Either way, we like it. 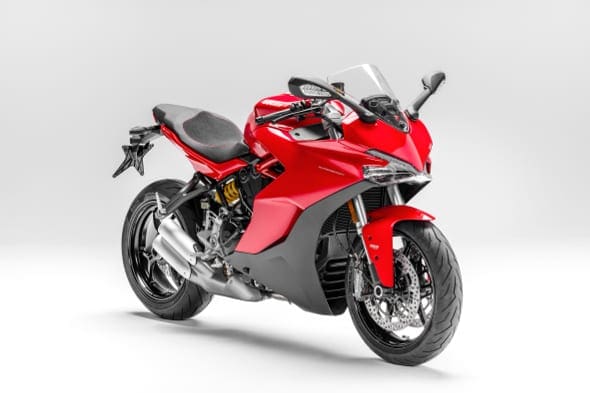 Blending a mix of more sensible levels of performance (via the 937cc Testastretta motor as seen in the Hypermotard), Ducati’s Safety Pack, long wheelbase (1,478mm) and 210kg wet weight, this is clearly a machine that’s marked for the roads – not the racetracks. And we like that. Bikes like the CBR650F are proper good fun on the road, and the 113bhp on offer is more than enough to get you into all sorts of trouble should you let it. If the Marzocchi fork/Sachs shock combo doesn’t float your boat, then – you’ve guessed it – an S model with replace these tawdry items with Ohlins units. Praise the lord! 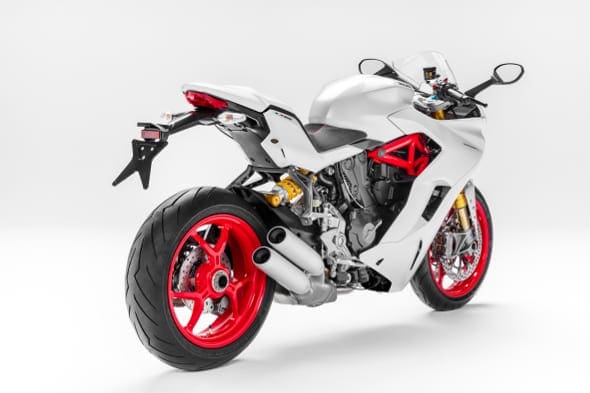 Unlike much of Ducati’s current range, the S comes with a quickshifter that goes both ways, so to speak. You get a wet clutch for easy use, plus a slipper, too. The motor itself has service intervals of 9,000 miles, a boon to riders in this sector. The motor hasn’t changed much from its use in the Hypermotard, so we’re talking about 53mm throttle bodies, 12.6:1 compression ratio and the crankcase and cylinder heads are fully stressed members. By 3,000rpm you’ll have 80 per cent of the bike’s torque on tap, while peak power is achieved at 9,250rpm. 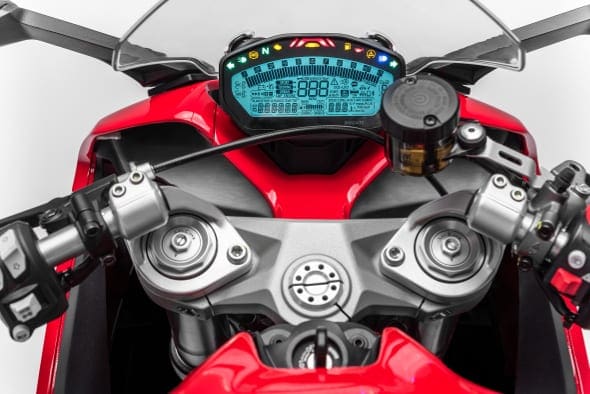 The Panigale look is clearly deliberate, but there are crucial differences in the SuperSport’s ergonomics to make it that bit more flexible for use away from the track. The seat is just 810mm high while the screen can be set in one off two positions. Passengers are better accommodated too. Geometry is on the lazier side of things, with a 24-degree rake. Allied to the long wheelbase, it should be super stable – while also able to achieve a claimed 48 degree lean. Brembo M4-32 calipers get the braking gig, while a Bosch 9MP ABS system is part of the Safety Pack (along with the traction control system and Ducati Riding Mode set-up) that comes as standard should the Pirelli Rosso III lose grip. 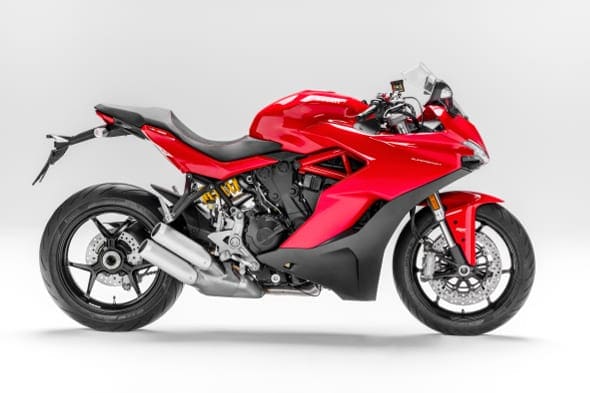