Alright, I know it’s not a brand new sports bike, but Triumph have released their take on the Bobber; the first of its kind from the new range. Taking the likes of Harley and Indian head on, Triumph have really gone to town on the new model, which is set to be released in 2017. Yes, it’s going to split opinion… 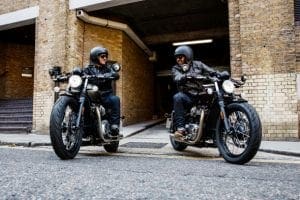 So what’s the deal?

After a massive year for Triumph (14% global growth and a tonne of media events) they’ve gone big, with a brand new chassis, suspension and geometry, encapsulating a Bonneville 1200 High Torque engine. Good for cruising, probably not so good for the race track. Although maybe that’s something we could try? 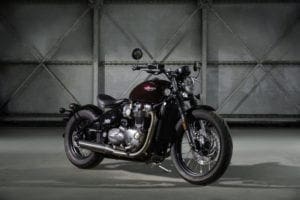 It has a shit tonne of torque. Triumph won’t be releasing specs and prices till December but it is said to have “category leading torque figures”, so should be pretty rapid in a straight line; especially with the ride-by-wire throttle and specific “Bobber” engine map.

Changeable riding modes and adjustable traction control. Because you never know when you might want to feel like you’re on a superbike.

Adjustable seat and clocks: Yep, you can actually change from being up and over to get the thing away from the lights or down low for some comfortable cruising. Or if you’re really short.