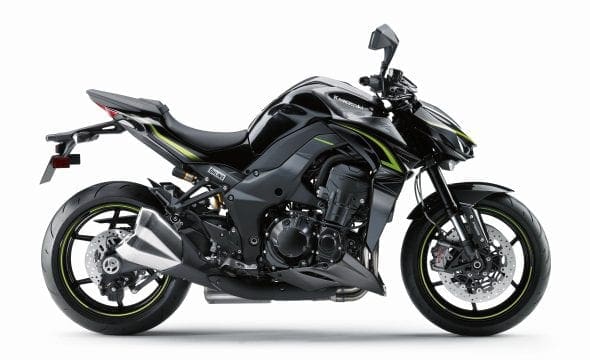 With the range of Supernakeds growing ever more popular (and bonkers), it was only a matter of time until Kawasaki upped their game and finally gave its Z1000 a higher spec twin; behold, the Z1000 R edition.

Here at Fast Bikes, we love the letter ‘R’ on anything; so it’s always good news when a new model is released with the sacred letter. On the surface, performance wise, it won’t differ majorly from the standard Z1000 though; with the Euro4 legislation grabbing manufactures by the balls since the beginning of 2016 the 2017 model is said to “sacrifice none of the power and performance of previous models” – meaning  although the power figures and full specifications won’t be announced until a later date, doesn’t sound like it will be majorly different internally and indeed power-wise.

Don’t let this put you off though; electronically Kawasaki have revised the ECU settings for a smoother power delivery, while giving you a snazzy-looking adjustable shift-up light for those who are fans of a little gizmo.

A nice touch to the R, however, is the addition of two 310mm Brembo floating discs, which come equipped with Brembo M50 calipers and steel braided brake lines as standard; meaning the thing should be a bit more of a manageable weapon when ridden hard. This translates all the way through the handling side of things as Kawasaki have loaded the Z1000 R with revised fork settings and a modified rear suspension linkage ratio, which coupled with a snazzy Ohlins rear shock should give the Z1000 R a much more responsive feel through the twisties.