MV Agusta have just released images and details of their new RVS – Reparto Veicoli Speciali! It’s a stunning thing, a limited edition special based on the brilliant Dragster 800 RR.

Aside from the obvious great looks and trinkets, the big news here is that with racing kit parts fitted (which come in a sch’weet looking box along with all the official limited edition gubbins), the stock power and weight figures rise (and drop) from 140bhp at the crank to 150bhp, and from 168kg dry, to 160, respectively. As you can see from the pic below, the list of extras that comes with the bike is lengthy and impressive, including a steering damper, SC Project exhaust with remap power-unit, among other delicious things. 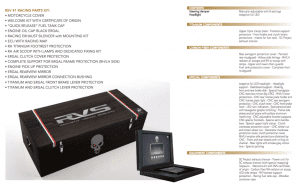 It comes with both quick-shifter and down-blipper capability, plus a veritable deluge of other electronic aids such as traction-control (8-levels), torque-control and four different engine maps, to name just a few. The chassis boasts full adjustment, too, via the Sachs monoshock and Marzocchi USD fork. To be honest, the only thing we’d change is the tyres for something a bit sportier!

We still await a price, but it’s interesting to see where MV are going right now. With the finanical issues they’ve had recently, and subsequent sorting of those issues (still ongoing…), their regular production models appear to be taking a back seat, at least temporarily, in lieu of a raft of specials such as this, and the RC versions of multiple models such as the F3 800 and Veloce. We do hope they get back to their proddy models soon though, as their bikes have never been better than over the last three or four years, and that’s a momentum they don’t want to lose… 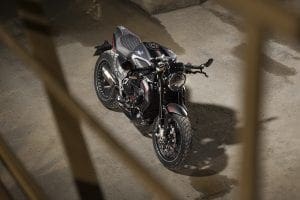 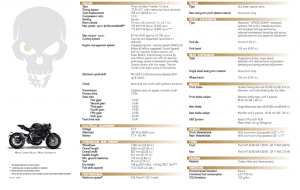 And here’s the bike in moving picture form!