Ducati’s Supersport S has very few direct rivals, bar perhaps Honda’s ageing VFR800, seeing as this class of motorcycle is now all but defunct. Ducati believed that missing gap needed filling though, so came up with the perfectly formed Supersport and Supersport S…

And, we’d say they are bang on correct because there used to be a few great machines along these lines such as Suzuki’s SV1000, Aprilia’s Falco and Ducati’s own 1000DS, bikes with enough sporting pretension yet with more than a few nods to usability and a slightly easier life – but now they’re all gone… 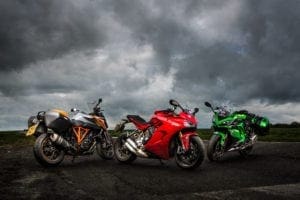 So in the current issue (328 – July 2017) we stuck the lithe, beautiful little Italian up against KTM’s bombastic Super Duke GT and Kawasaki’s cheaper choice, the Z1000SX. 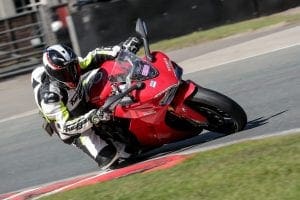 We took them on a tour of England and even threw in a day on track to see exactly how the Supersport fared against the type of bike which has essentially replaced the old mid-sports category. It may only make about 100bhp at the wheel, but bear in mind it’s lighter and makes a bit more power than Ducati’s 916 – and who would ever call that bike slow? – plus it comes with a bang up to date electronics package the 916 can only dream of… 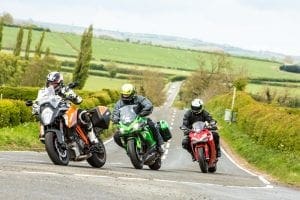 Find out how it got on against the other two in the issue out NOW, which you can find in all good newsagents and probably some pretty ropey ones, too. Or you can grab yourself a digital copy here instead.