Find here a smashing set of pub-ammo facts and figures from the WSB press office, about WSB in Germany, ahead of this weekend’s return of the WSB series after their summer break! 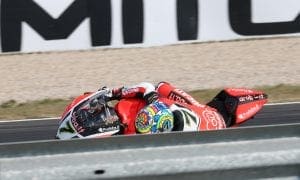 89 – So far 89 German riders have taken to the track in a WorldSBK weekend, 61 of them were able to qualify and start at least one race.

74 – The 2011 German round was the start of a long-running string for Championship leader Rea: since that weekend he has always qualified in the top10, a sequence of 74 after Laguna Seca.

62 – So far there have been 62 WorldSBK races run in Germany. There has been a German race weekend every year since the beginning of the championship in 1988 up to 2013.

60 – In the 2006 weekend, both Troy Bayliss and Noriyuki Haga recorded their 60th career podium. 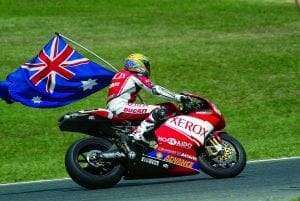 30 – Fast forward to 2008 and Bayliss and Haga hit the headlines once more in Germany with a round number: the 30th win for Haga and the 30th fastest race lap for Bayliss.

12 – Twelve years ago Lorenzo Lanzi recorded his maiden pole and win at the Lausitzring.

10 – An emotional pole for Kawasaki here in 2007 with Fonsi Nieto: they had waited nearly ten years to record a pole position, as their previous one had been with Yanagawa at Sugo in 1997. They faced another two-year drought afterwards, but from 2010 onwards they were on pole every year at least once, recording no less than 50 of their 69 poles since then.

8 – Eight years since a German rider climbed on the podium for the last time (Max Neukirchner, Valencia 2009).

6 – The most successful riders on the German tracks are Colin Edwards, Carl Fogarty and Noriyuki Haga, with 6 wins each. 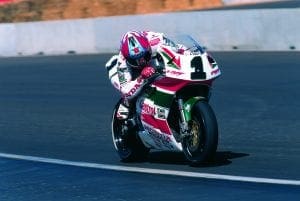 4 – Neil Hodgson is the only rider to have claimed four pole positions on German soil: three at Oschersleben and one at the Lausitzring.

4 – Troy Bayliss won four times at the Lausitzring from 2001 to 2007: he is the only rider to have claimed more than one win here.

4 – Only four races out of 12 were won from pole at the Lausitzring: the winner came always from the first eight grid spots.

3.878 – Changing weather conditions in the 2007 qualifying session meant that Fonsi Nieto recorded pole with an advantage of 3.878 seconds over his nearest rival, his team-mate Regis Laconi. That is the largest margin in the entire history of the Championship. That would remain the only pole in Nieto’s career.

1 – Max Neukirchner is the only German rider who recorded wins (2) and poles (2) in WorldSBK history. He was on pole in Germany back in 2008 at the Nurburgring.

1 – 2013 World Champion Tom Sykes recorded his maiden WorldSBK win in Germany in 2011 (Nurburgring). That was the first win for Kawasaki after a four-year drought, and only the second in 11 years. Since then, Sykes and Kawasaki won at least four races per season: the Japanese manufacturer is living their best moment in history, having claimed 67 of their 102 wins since that one by Sykes in Germany. 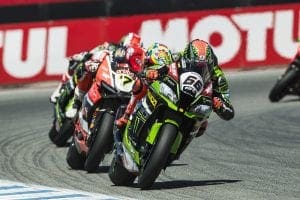 1 – Also Chaz Davies recorded his maiden win on German soil: in 2012 at the Nurburgring. He became the 70th winner in WorldSBK history.

0 – Tom Sykes, second in the all-time rankings with 41 pole positions, has never started from pole on German soil.