Triumph have begun testing in earnest for their reintroduction to Grand Prix racing in 2019, when their 765cc triple motor will power the entire Moto2 grid… 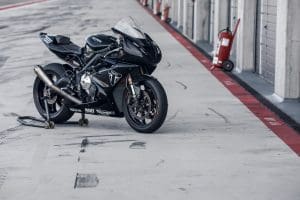 Now that the race-prepped engine has been put through its paces on the factory dyno, it’s time to get busy, and get out and about doing ‘real world’ testing. They’ve got ex GP race winner Julian Simon on board to get going, and he’s already lapping it up, most recently at Aragon:

“I am really happy to be here in Aragón testing the development of the 2019 Moto2 engines with Triumph”, said Simon,  “I can see there has been a big improvement with the latest engine, giving a great feeling. There’s a lot of power and the gearing is fantastic, and for the sound, this is also fantastic. To me, it’s fun.” 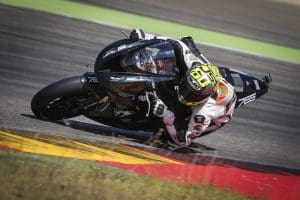 The engine has been modified thusly from the stock 765 triple: 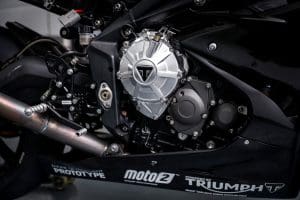 Good news, we say, however, this bike also look slike it should really form the basis of a new Daytona 765, wouldn’t you agree? Check out the video below for more!