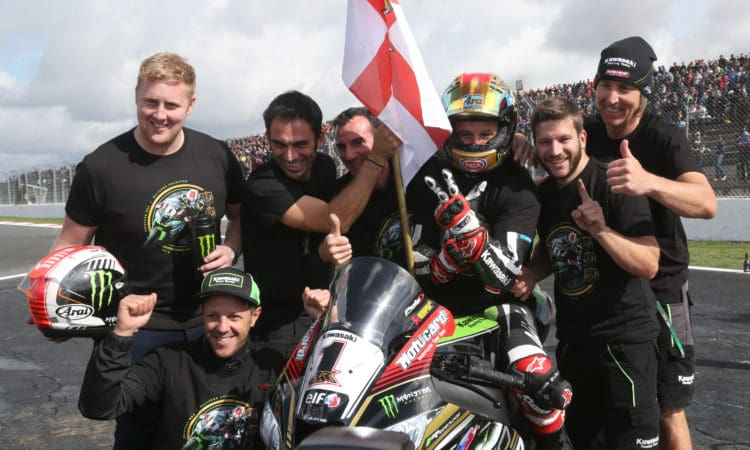 Kawasaki’s Jonny Rea became the first man to ever win a hat-trick of WSB titles on Saturday at Magny Cours – and then everything went wrong!

Aside from the tyre blow-out at Donington, Rea has had another of those years where nothing really goes amiss, the bike works near bang on every race, which allied to his remarkable skill and overall consistency, saw him take his third WSB title in three seasons. 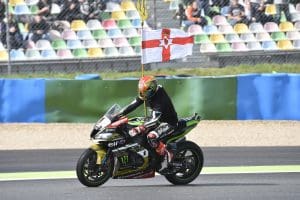 It’s an incredible feat, regardless of what you may think of WSB right now. And both his main rivals, Tom Sykes and (especially) Chaz Davies have pushed him hard most of the year. 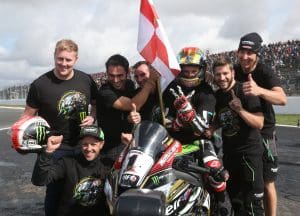 And, typically, the day after being crowned he gets caught up in Eugene Laverty’s highside, knocking off his rearset, mangling his rear brake and ending up with a sore foot! We’d say that was exactly the right time for something to go wrong! 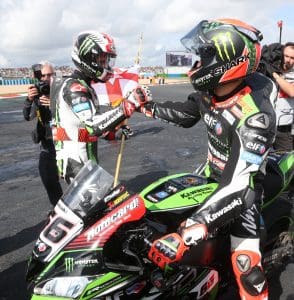 The big question now is, can he make it four and also break Carl Fogarty’s all-time WSB win record?!