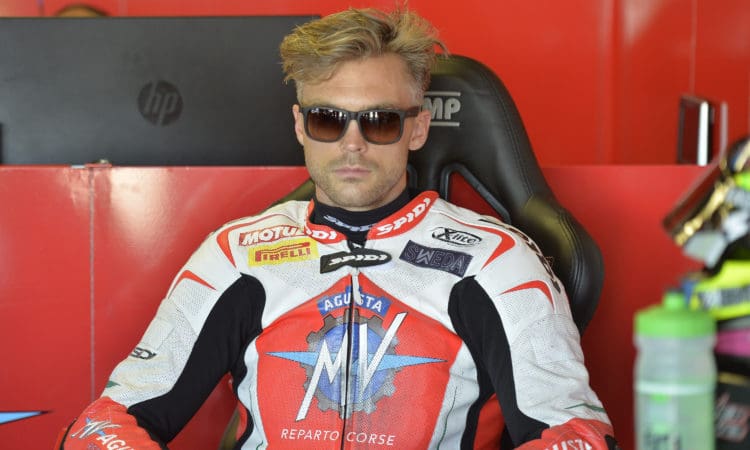 WSB stalwart, and miracle MV Agusta man, Leon Camier, will be leaving the Italian marque for 2018, instead taking up the challenge of making the new Honda Fireblade competitive with the Ten Kate Red Bull outfit…

Let’s be honest here, Leon has been absolutely incredible on the MV, he’s regularly beating factory backed bikes such as the Pata Yamahas on the ancient (design) MV F4 RC, and he’s done the near impossible by having his stock rise pretty high by taking the bike to levels nobody ever expected – and this without any direct involvement from the factory for the last two seasons. 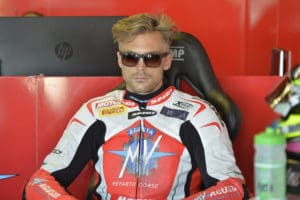 While MV may help directly with base bikes and parts, all the development has been done by the team – pretty much exactly how Ten Kate operate. They get some support from Honda Europe, but nothing serious from HRC when, quite frankly and especially with the new Fireblade, they really need it. But Camier has been in this position for the last few seasons and by working closely with his team, they’ve worked miracles. 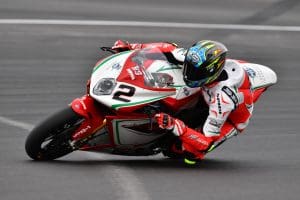 Ten Kate will be hoping the same will be true with Camier in their ranks, and if Stefan Bradl stays onboard the team has two top riders who, with a sorted (or close to sorted) bike, should be able to run up front. Fingers crossed anyway, eh, Leon?!

Honda bigwig, Marco Chini, is understandably pretty chuffed at nabbing Camier – “We’re extremely happy to have Leon on board for the upcoming WorldSBK season. He’s a great talent and an extremely professional rider, so I’m sure it will be a pleasure to work with him. We’re confident that his expertise will help us raise the performance of the Honda CBR1000RR Fireblade SP2 to a whole new level so we’re looking forward to the new challenge. Right now, however, there’s still a season to complete, so we are fully concentrated on the remaining rounds in order to improve our package and finish the year on a high note.”

MV team’s principal, Andrea Quadranti, had this to say – “Leon has been part of our team for a long time and it is undeniable that his talent and expertise have played an important role in taking our bike to the current levels. Big thanks to Leon from my whole team, I wish him the best for the new season.”

With Leon on his way, this opens the door for someone like Loris Baz or similar to jump on the vacated MV, and maybe another as they appear to want to run two riders in 2018 in the run up to the inevitable reveal of the F7 replacement superbike, hopefully sometime late next year.