The WSB title may have been decided, but there’s still much to play for in WSB over the last two rounds, starting with Jerez this weekend – who will finish second? Will Jonny Rea win not only the title but the most races of the season? And so on and so forth…

So here’s a bit of historical information from you direct out of the WSB press office – enjoy! 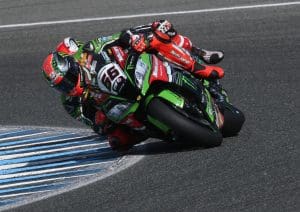 10 – British riders have won the last 10 races run on Spanish soil – the sequence started in Aragon two years ago. The wins are split as follows: Davies 7, Rea 2, Sykes 1. The last non-British winner in Spain is Marco Melandri, with a double here in Jerez in 2014.

6 – Only one rider has won here without starting from the top-5 spots on the grid: Chaz Davies. He achieved this with each of his three wins around Jerez. 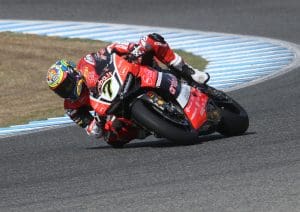 4 – The best string of wins at this track belongs to Aprilia – 4 in 2013 and 2014. Ducati is in the position to equal that, as they have won the last three Jerez races. 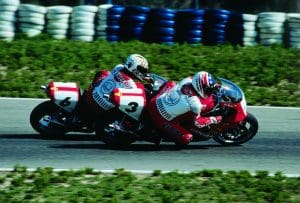 3 – Kawasaki have recorded the last three pole positions at Jerez. Baz started first in 2014, while Sykes and Rea locked the first two places in the last two editions.

1 – Only one Spaniard has won on Spanish soil: Ruben Xaus, in the first 2007 Valencia race.