Finally, we get an all new A2 sportsbike from Kawasaki – the new Ninja 400! And boy are we glad to see manufacturers start to take this class seriously once again – it can only get better!

The heart of the new bike is where most of the interest lies we’d say, given that it apparently makes 40% more torque than the previous 300cc Ninja. A claimed 38Nm joins its 44bhp (at 10,000rpm) threshold, which doubtless will make not only noobs and crazy youths happy, but also a lot of the racers in the World Supersport 300 class, too. 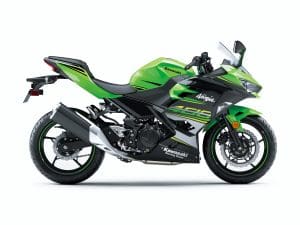 The light trellis chassis is apparently based on the look of the H2 Ninja, and given the front fairing nose cone has more than a whiff of H2 about it from a profile perspective, they are probably right!  It was designed using advanced rigidity analysis, and mates with a stiffer 41mm front fork, the entire shebang weighing in at 168kg fully wet. 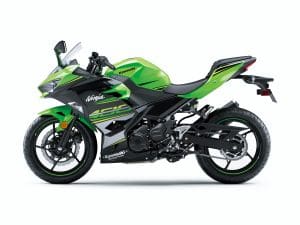 The fairing, meanwhile, has taken a leaf from the ZX-10R book, to make it appear to be a larger capacity bike than it actually is, and also to improve aerodynamics and provide increased wind protection. 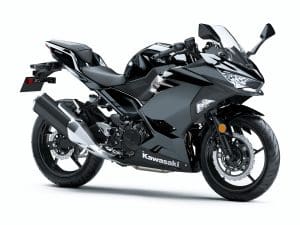 It comes in the new KRT racing colours, and also in black. Expect us to have a ride on this wee puppy quite soon, hopefully a decent amount of time before the hit the dealers in February 2018.