Not usually our cup of tea, but one we’d happily sup with a nice cake or three, mostly because the word ‘wheelies’ spring to mind with the new Z900RS!

Based on the latest Z900, the RS harks back to the 1970s, hence the styling, er, obviously, and the Z range from that period which were the bee’s knees. This bike has taken last year’s return to the Z900 moniker, the Z900 (funny enough…), and Kawasaki’s engineers have been let loose on it to create this motorcycle you see right here. 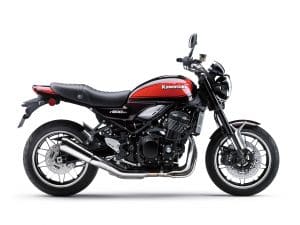 The 903cc engine has been re-tuned for more bottom end and midrange boom, while the exhaust has apparently been specifically designed for Kawasaki’s first ever ‘tuned’ exhaust note, so the rider can appreciate the ‘deep rumble’, says the press release. 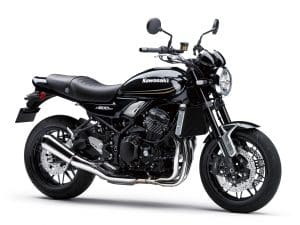 It has an LED light (which is good, as 1970’s headlamps were shite), plus indicators and tail light, but the main lamp is styled to evoke that period. The front forks are adjustable, it has radially mounted brakes and features both a two-mode KTRC traction-control system and boasts an assist and slipper clutch, too. 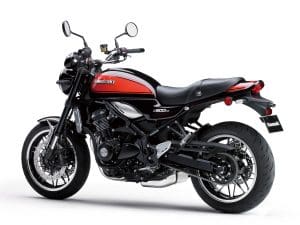 The bike also features many nods, winks, and hat tips to the 70’s ethos hither and thither about its person. It is available in three colours: black/gold, black/red and ‘covert’ green/ebony. 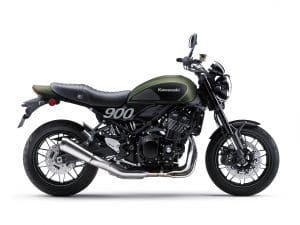 The bike will be available in late November/early December this year!