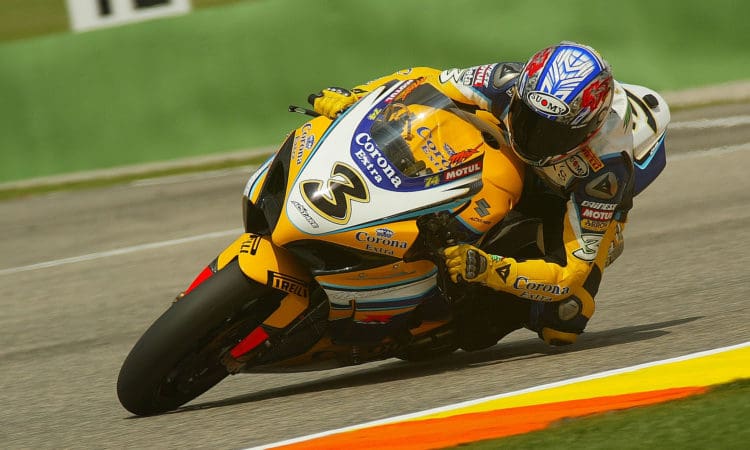 With the last WSB race of the year incoming this weekend, lets have a look at Qatar’s history within the series, with some whippy stats and figures direct from the WSB press office – those lovely people!

And don’t forget that the first race starts this Friday, not Saturday, in a newly revised schedule!

14 – Ducati holds the record for most podium finishes here, fourteen, their last two were the double win scored by Davies last year. 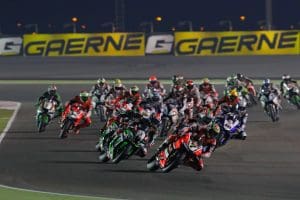 11 – There are 11 different winners out of 16 races held in Qatar so far. No one has won here more than twice.

11 – Only one win hasn’t come from the top seven grid spots here in Losail. Fonsi Nieto, taking his only WorldSBK win from 11th on the grid, in the second 2008 Race.

6 – Max Biaggi is the record holder for podium finishes at Losail – six, which were over the three weekends spanning from 2007 to 2009. Troy Corser and Tom Sykes follow at 5, then Jonathan Rea at 4. 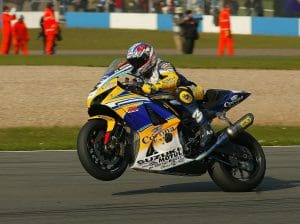 7 – There are seven different pole sitters in the history of the Qatar race. The only rider who has started from pole twice is Troy Corser (2007-2008).

5 – The most successful manufacturer at Losail is Suzuki, with five wins. Aprilia is just behind at four, with Ducati next up at three. 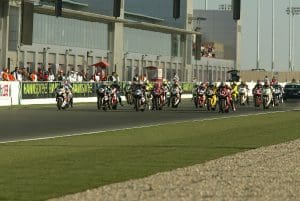 2 – Two manufacturers were able to win both races here on the same weekend with two different riders: Suzuki in 2005 (Corser, Kagayama) and Aprilia in 2015 (Torres, Haslam). 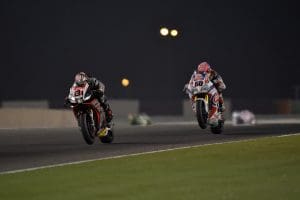 2 – Regis Laconi (2005) and Davide Giugliano (2014) are the only riders coming from non-English speaking countries to have recorded pole here.

1 – The only reigning World Champion who won in Qatar was Troy Corser, eleven years ago.

0 – In the last three years, the polesitter has never won at Losail.