The new models from MV Agusta keep flying out of the traps, and this time it’s the Supersports range’s turn with the new Euro4 675 and 800cc F3 RC versions dropping – awesome!

The F3 800 is perhaps one of the best Supersports bikes we’ve ever ridden, maybe not quite as ‘complete’ as something like a Ducati 959 Panigale (Though the new Euro4 versions may very well be…), but every bit as fast, and every bit as beautiful. It’s also great to see MV crack on with the Supersport 675cc version too we reckon – the class isn’t quite dead yet! 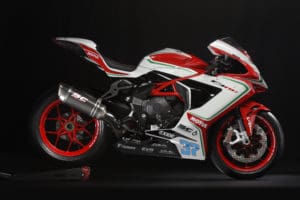 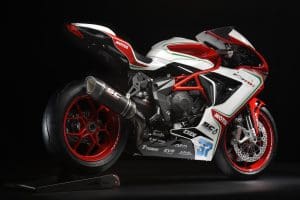 The gearbox is brand new, the exhaust is also new and there are new engine covers to both reduce engine noise (A Euro4 requirement), but to also enhance protection in the event of a fall. MV claim the distinctive three-pot exhaust note isn’t compromised, either. 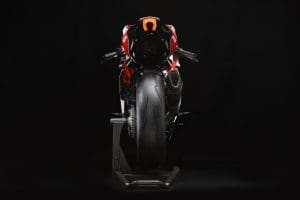 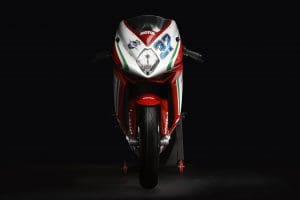 The MVICS electronics suite is also upgraded, with an improved ride-by-wire gasser, new parameters for the 8-stage traction-control system and the huge plethora of engine adjustment available, and the up/down shifter has also been improved, too. 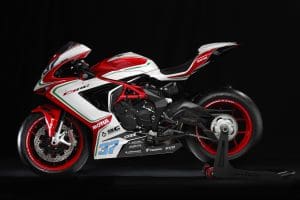 On the chassis side, a new frame mount point for the engine is in evidence, but the rest remains as is. 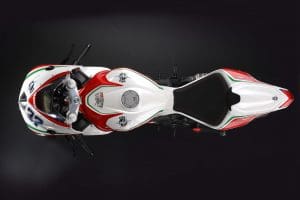 As these are RC versions, there will also be the RC kit that comes with the bikes, including a titanium SC Project exhaust system which boosts power of the 675 up to 133bhp @ 14,570rpm and 153bhp @ 13,250rpm on the 800. The kit also includes lots of carbon-fibre bits, billet levers, a different rear sprocket for track action, a rear seat cowl, certificate of ownership, a rear paddock stand and a dedicated RC bike cover too. 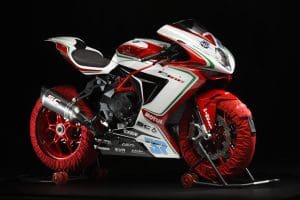 There will be 350 available of each, so get saving now!