We’ve been waiting an age for the new RR version of the epic MV Agusta Brutale to drop, and now it has, boasting a heady 31bhp increase over the stock Brutale 800! 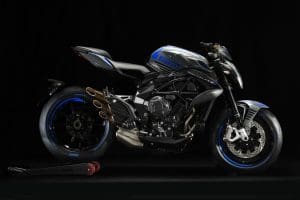 Likewise with torque, there’s a 3Nm increase with the RR making a claimed 86Nm over the ‘pauper’ version’s 83Nm, however, torque has apparently increased across the entire range so it’s not just the extra 3Nm peak figure to keep in mind, and the same goes for horsepower, too. 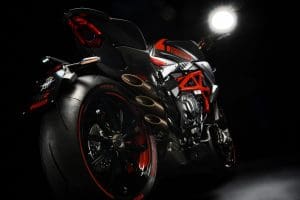 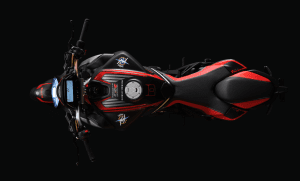 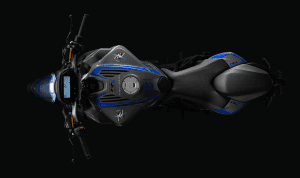 Otherwise a lot of the stuff is similar, although both versions of the Brutale get the latest updates such as a new gearbox and shifter, new engine cases, upgraded MVICS electronics suite and also a new reinforced sprag-clutch starter system. 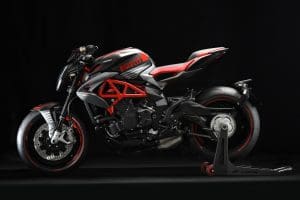 We await details of whether or not the chassis of the RR has any upgrades over standard, but as soon as we know, we’ll let you know! The other difference between this, the normal Brutale and the ‘normal’ Brutale RR is the Pirelli colour scheme angle, and that all the RRs including this one will run Pirelli Supercorsa SPs rather than the stocker’s Rosso III hoops. 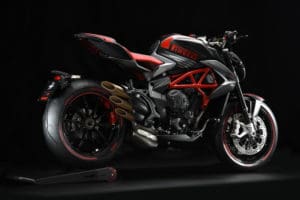 The Pirelli branded RRs are limited edition, so if you want one, you’ll have to get a shift on!