When Jonas Folger announced he was pulling out of the 2018 MotoGP series, you could almost hear the pitter patter of mobile phones being fumbled and dropped across the globe, as dozens of rider agents desperately tried to get hold of Tech Trois team boss, Herve Poncheral, before anyone else…

Indeed, it came as a big surprise to, well, everyone that he decided his health issues were better addressed than try to go racing in 2018, and none were surprised more so than Herve when he got the news. “I received a call from Bob Moore, Jonas Folger’s personal manager”, said Herve, ” I couldn’t believe what Bob was telling me on the phone, that Jonas Folger has decided not to race the 2018 MotoGP season, because he doesn’t feel 100 percent mentally and physically recovered. It is still very difficult for me to believe, that he’s not going to race with us in 2018, especially because he has been somebody I had lot of faith in and I was sure we would reach top level together this year. I completely respect his decision, although it’s hard to swallow. Yet, I will try to find a solution for a replacement rider, which is a very difficult mission, as all of the fast riders are already contracted. But as always in racing we need to be proactive, inventive and hopefully we can make someone very happy. We will keep all of you informed about the evolution of the situation.”

The problem for Herve though, is that of the multiple calls he likely received regarding the vacant seat, nearly every one will have been of no interest to him. Plus there’s the fact that both Yamaha and Dorna have a say in who sits in that seat, Yamaha because they give him bikes, and Dorna because they give him money, especially if said rider fills a gap they need filling in terms of a section of MotoGP’s global audience. 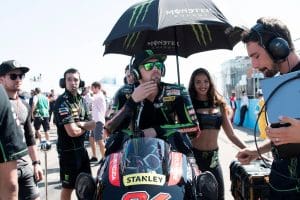 The issue is that all the big boys are already tied up in contracts, be that MotoGP, WSB or even BSB. So any poaching, unless it’s from Yamaha’s ranks, will come at a cost which Herve can’t afford unless someone else pays up. As nice as it would be to see Alex Lowes or Michael VD Mark make the move, they’re still to find success in WSB never mind MotoGP, so that’s unlikely. There’s always Josh Brookes, recently signed up for McAMS Yamaha in BSB, he would it fact be easier to poach, but then Dorna already have their Aussie seat filled with Jack Miller.

But, it’s not beyond the realms of possibility that McAMS could fill Josh’s seat, Josh could move to WSB and then one of the WSB boys nip over to Tech Trois. That would make sense and until anything is decided anything is possible, however, it is also unlikely to happen. 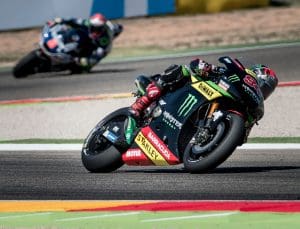 The most likely scenario is that Herve looks to the GP ranks already, the lower orders, to prize an existing rider in the paddock out of his Moto2 or 3 seat and into the big time. And if that young rider happens to come with a satchel stuffed full of Euros, well, that’d be great for Herve!

What this basically means is that absolutely nobody has any clue what’s going to happen! Wonder who the lucky person will be?!