While we’re quite sure many manufacturers are working on this, and some have already given indication that they indeed are, Ducati claim to have a radar enabled bike in the pipeline for 2020 – well we never!

As a part of the ever increasing need for safety systems on road vehicles, Ducati want to bring forward some of their work from their ‘2025 Safety Road Map’, with ARAS (Advanced Rider Assistance Systems) perhaps making its debut by 2020. On what, who knows, although likely a Multistrada or similar we reckon. Think collision avoidance and active/adaptive cruise-control type stuff and you’re in the right ballpark, while Ducati have already begun to fit cornering ABS to their entire range. Find the full press release below: 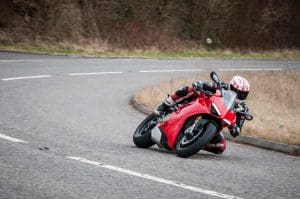