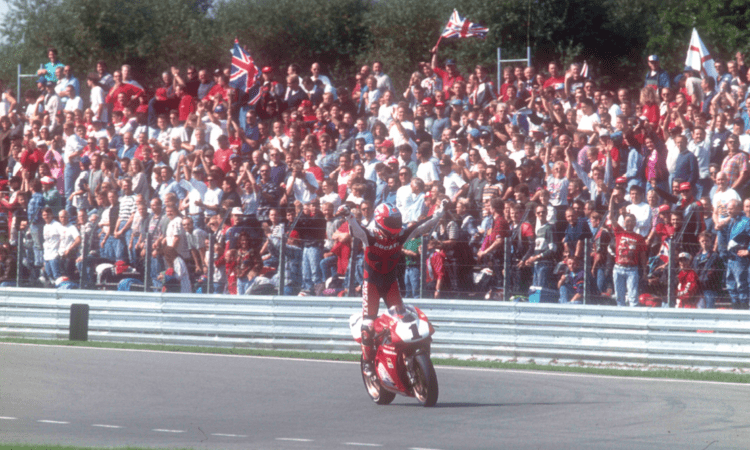 With practice at Assen’s WSB round in full swing already, here are 10 things to know before the racing begins Saturday morning, direct from the WSB press office!

1. All eyes will be on Jonathan Rea (Kawasaki Racing Team WorldSBK) at Assen, as he has won the last seven races here – eleven in total. If he secures the double victory, he will end up just one win short of Carl Fogarty, the rider to hold the record for all-time wins (59). 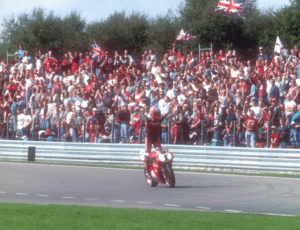 2. The second record in sight for Rea is the one for most wins at the same venue: Fogarty won 12 times here; Rea follows at 11, both around TT Circuit Assen.

3. Chaz Davies (Aruba.it Racing – Ducati) comes from Aragon with a record win in Race 2, he became the fifth rider in history with at least seven wins on a given track. He sits behind Carl Fogarty (12 at Assen); Jonathan Rea (11 at Assen); Tom Sykes (9 at Donington); Troy Corser (7 at Phillip Island).

4. For the first time in the history of the Championship, three riders (Davies, Melandri, Rea) have two wins each after the first three race weekends. 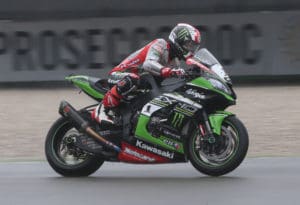 5. Ducati have had a bike on the podium in each of the last 19 races. This means that in Assen the Italian manufacturer has the chance to record the ninth string in history, giving them at least 20 consecutive podiums. The absolute record belongs to them, with 67 straight podiums from Sugo/2, 2002 to Losail/2, 2005.

6. British riders have won more than a half of the races run at Assen: 28 out of 52. Currently, the Brits have also won 43 of the last 46 races run, missing out only in Misano/2, 2017 and Phillip Island 2018, when the winner was Italian Marco Melandri (Aruba.it Racing – Ducati).

7. Only one rider has won a dry race starting outside the top-5 grid spots around Assen, Jonathan Rea in Race two last year.

8. Only Kawasaki have been able to record six straight poles at Assen, a sequence which started in 2012 and stretches to the present day. Last year they surpassed the record of five straight set by Ducati (1992-1996). 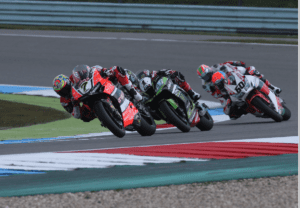 9. No less than 19 different riders have won a WorldSBK race at Assen. Two of them are World Champions past and present of the 2016 field, Rea and Sykes. Interestingly, former double World Champion Troy Corser is not among the aforementioned 19, despite having run 30 races here and finishing on the podium 7 times.