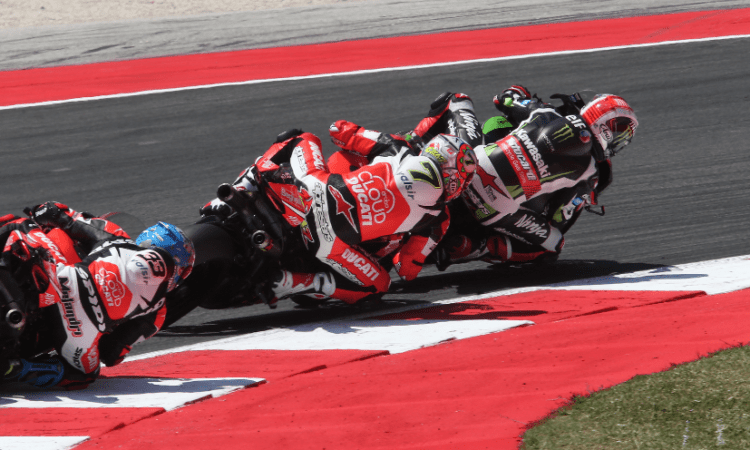 With the Misano round of WSB incoming this weekend, here are ten neat bits of info to set you up nicely for the racing action, direct from the WSB press office – those lovely people!

1. At Laguna Seca, Eugene Laverty (Milwaukee Aprilia) became the ninth different rider on the podium this year, and put an Aprilia back on the rostrum for the first time since the second Lausitzring race in 2016 (Alex de Angelis).

2. Kawasaki recorded their 118th win in Laguna Seca’s Race 2, and in Misano they will have the first chance to equal Honda at the second all time spot (119 WorldSBK wins). 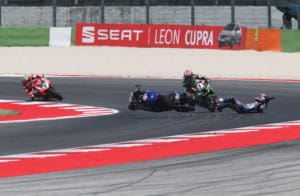 3. There is only one rider in the current field who has qualified from pole at Misano: Tom Sykes, with six pole positions. He has recorded pole in all his last six race weekends here. He can become the first rider in history with seven poles at any given track. At the moment he shares the record with Troy Corser (six poles here in Misano) and with…himself, as he was on pole six times in Donington Park.

4. This is the track in which a single manufacturer has won the highest number of races, as Ducati have won here 29 times. They also sit in second in the table, with 25 wins at Assen. The best number of victories for another manufacturer is 15 from Kawasaki at Donington. 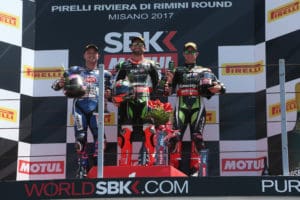 5. The podium placements from Ducati riders in Misano so far are 77, an all-time record for a single track. The Assen value for the Italian manufacturer is 73.

6. Misano has hosted 50 WorldSBK races so far, and will equal Donington at 52 – third overall. Only Phillip Island (55) and Assen (54) have hosted more races. 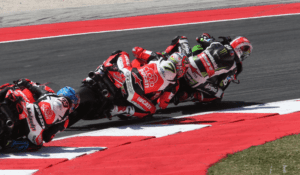 7. Troy Bayliss is the most successful rider around Misano, with six wins spanning from 2001 to 2007, all scored with Ducati. The second place rider with four wins is shared by Max Biaggi, and the current Kawasaki Racing Team WorldSBK pair: Jonathan Rea and Tom Sykes.

8. There are only two riders with double digit podium figures here at Misano: Troy Corser (16) and Troy Bayliss (11). Jonathan Rea can join the party as he has stood on the podium eight times here. 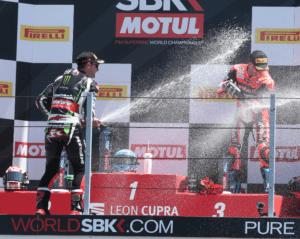 9. Nine years ago, Rea got his maiden WorldSBK win at this track. 61 more and three World Championships have since followed.

10. Ruben Xaus is the only rider who has won around here after starting outside the top 10 grid spots. In 2003 he recorded the double starting both races from 12th on the grid.