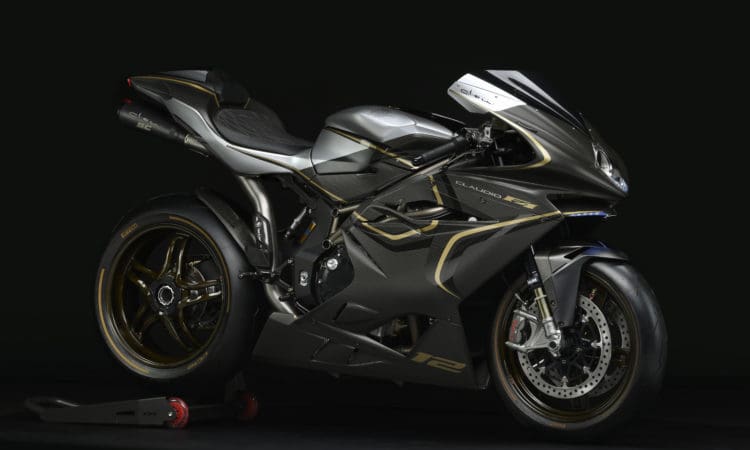 Aren’t they lovely folks at MV Agusta? In the runup to next week’s Milan bike show, the firm’s just announced that it’s rinsed its shareholders for forty million Euros, in order to build a whole new line of inline-four litre bikes. Smart.

And they’re starting off with a new Brutale 1000 which will be unveiled on Tuesday, with a stonking 212 claimed bhp, and a 312kph (194mph) claimed top speed, the absolute loons. That new Brutale will appear at the Milan show next to the already-announced F4 Claudio final edition and should be a corker.

Even better news is that the firm’s also focussing some of that investment in enhancing the dealer network and backup – so it’ll be easier to get hold of an Agusta than it has been in recent times. They’re starting with two new mega-dealers – MV Agusta London and MV Agusta Moscow, and the new CEO, Timur Sardarov promised that the new finance will help Agusta move on to become even more modern and dynamic. Check back here next week for all the SCOOPS! on the new Brutale.