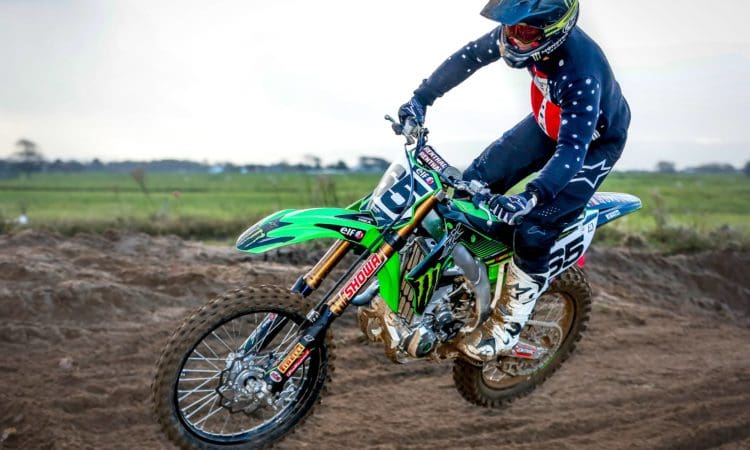 WHAT WAS the best school trip you went on in primary school? Science museum? Day at the seaside? Visit to Alton Towers? Well, we reckon 200 kids in Belfast topped the lot this week, with a visit to the SSE Arena to watch the UK Arenacross indoor motocross race series kicking off.

As part of their science teaching, the kids (aged 8-10) had an interactive STEM (science, technology, engineering and mathematics) field trip to the course setup, watching the bulldozers converting a pristine concert amphitheatre and thousands of tonnes of dirt into a hardcore indoor motocross circuit. And no less than Jonathan Rea was on hand to speak to the kids about his sporting career – starting out on the dirt, where he took the 60cc MX British championship title in 1997, before switching to road racing in 2003, and his current domination of WSBK.

Rea was joined by World and British motocross contender Martin Barr and the reigning Irish MX2 champ Glenn McCormick, both of whom are contesting the full 2019 Arenacross Tour series. Also on stage at the inaugural Arenacross for Schools day were World MXGP and British MX Championship front-runner Graeme Irwin together with former multi-MX-champ Gordon Crockard.

The kids and their parents will be back at the SSE Arena this weekend too, to watch the first round of the Arenacross UK tour kicking off. The opening night is tomorrow, Friday January 18, with another round on Saturday evening. Then the tour moves onto Birmingham, with dates at the Resorts World Arena on Feb 1stand 2nd, then Sheffield’s Fly DSA Arean on Feb 15thand 16th.

For more on the Arenacross tour, visit www.arenacrossuk.com for 2019 Tour information and to buy tickets.