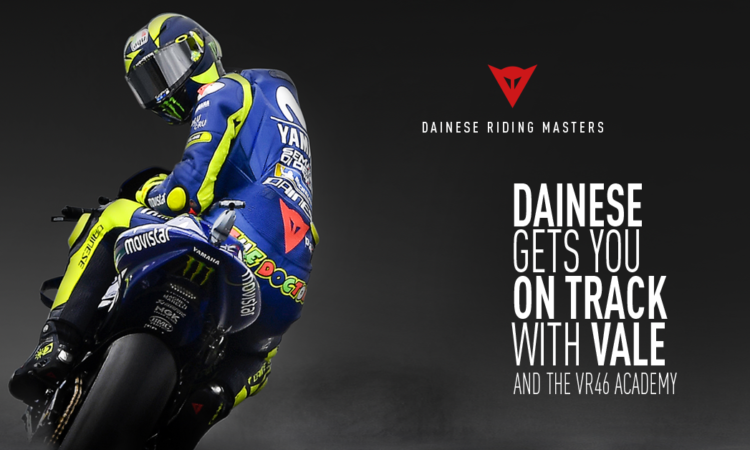 But it’ll cost you…

Who the hell wouldn’t want to do a bit of a track school with genuine MotoGP legend Valentino Rossi? We can’t think of anyone. And if you don’t, then get off this website – you’re barred.

So it’s a bit of an amazing story this. Dainese is running a series of events, including a trackday at Misano on April 17. And there’s a huge range of classes, including the super-duper top end ‘VR46’ class with Rossi, and a supplied R1 to wazz round on. Sadly for most of us, the Rossi class is entry by charity bid only – with proceeds going to the Marco Simoncelli Foundation. When we looked earlier, the bids were up around 6,000 Euros, so it’s one for the bankers, international arms dealers, and Kent scaffolders out there, by the look of it.


There are plenty of other classes though, from the top-end normal race class at £1,169, where the instructors include Franco Morbidelli and Lorenzo Baldassarri, down through the basic race classes at £669 and £449, and novice-friendly riding safety classes at £269 and £129. You need to be able to go round Misano at a decent pace (1:55) for the top classes, and supply your own bike, which might be a bit of a faff.

Misano is a top track, and we imagine there’s a chance of spotting some top stars, and maybe even getting a selfie with the Rossi man. Woo!