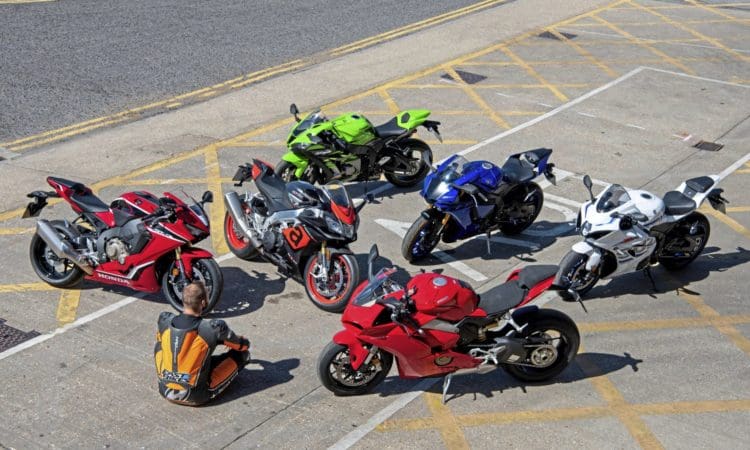 How the supersport class went from boom to bust. And how it could be on the verge of a revival…

It is generally accepted that the supersport class was born in 1985 when Kawasaki released the GPZ600R. Before the GPZ, middleweight four-strokes were fairly crap commuters such as the GPz550, and if you wanted a race-rep, you bought a two-stroke Suzuki RG500 or Yamaha RD500. The GPZ600R arrived and changed all this…

Powered by a water-cooled 16-valve DOHC inline four, which was the first time such a design had been used on a middlewight. The GPZ’s 75bhp decimated its rival four-strokes and saw it hit a whopping 135mph. Add to this a box-section steel frame, anti-dive forks and matching 16in wheels, and the GPZ’s combination of handling and reliability was a taste of things to come.

Read the rest of this cracking feature in the March issue!