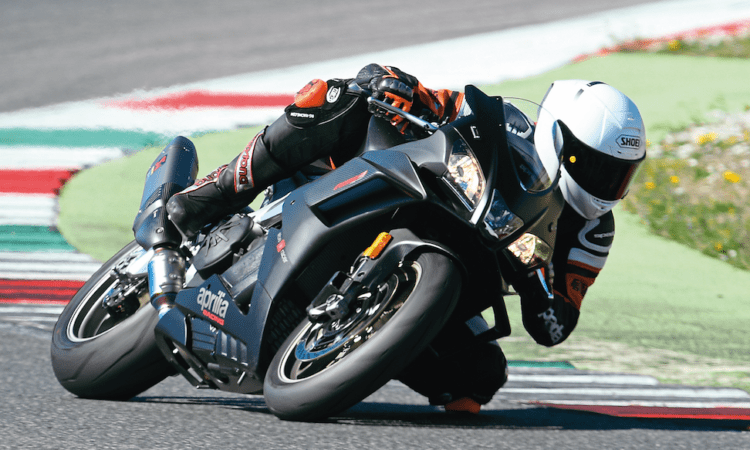 Aprilia’s new winged wonder weapon has been given a bunch of extra ponies and is set to impress, so we headed over to the launch to check it out.

What a truly awesome bike the RSV4 is. In guise or another, it’s won seven of the last eight FB SBOTY tests and, in the process, won the hearts and minds of all of us here at Fast Bikes, writes Boothy. Over the years, it has been nigh-on perfect on track and pretty bloody good on the road, too. So how do you improve on perfection? Can it be done? Well, Aprilia certainly seem to think so.

This, the new RSV4 1100 Factory, has been given some proper saucy upgrades in order to make it, and I quote, ‘the absolute best and fastest uncompromising superbike, the one that comes the closest to the Aprilia racing bikes in terms of performance and effectiveness.’

For starters, it’s now an ‘1100’, and the eagle -eyed readers amongst you will have already spotted the MotoGP inspired carbon fibre winglets grafted to the side of the bodywork. And the even eagle-er eyed will have spotted the also MotoGP inspired, also carbon fibre air scoops on the fork bottoms, directing a cooling blast of air to those big Brembo brake callipers.

You can read the rest of this article in the June issue of Fast Bikes, in the shops NOW!