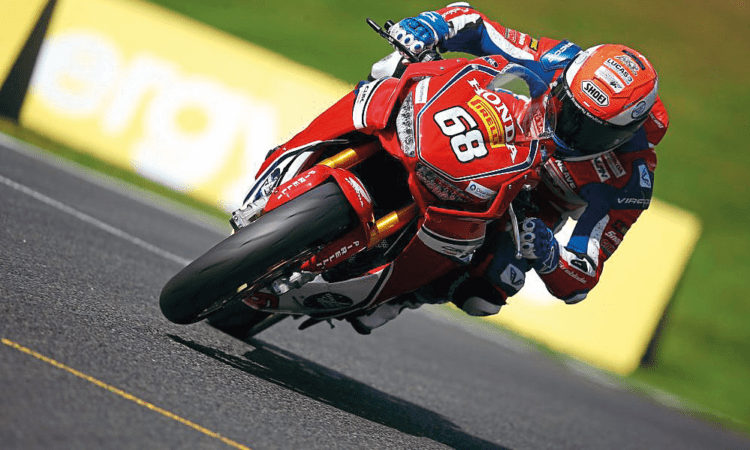 There was a time when a ‘stocker’ was relatable to the bike you saw down the dealers… but that’s no longer the case. This is Tom Neave’s 2019 Superstock SP2 Blade, and it’s about as fit for Her Majesty’s highways as a melon is for hammering nails.

The SP2 is Honda’s homologation special, sharing the core of its DNA with the SP and RR models, but for all its similarities, there are a load of performance-inspired differences.

For starters, the pistons are stronger and lighter, the intake (1mm) and exhaust (1.5mm) valves have been made bigger and the cylinder head has been re-shaped so higher profile cams can be slotted in, assuming the class you’re racing in allows for it (you can’t change them in ‘Stock’).

The addition of Marchesini forged wheels has upped the bike’s game in the handling department, and the introduction of a full Akrapovic race system and a kit ECU has meant that Honda’s been able to draw out a bloody impressive 207bhp from this fibreglass-clad racer. That’s a figure that can’t be sniffed at, and I found the punch of the package notably better from the minute I thumbed the starter. In fact, the whole bike felt different, being taller in the saddle, generally firmer and a lot more aggressive in the ergonomic department.

Read the rest of Tom’s feature in the July issue of Fast Bikes, in the shops NOW!