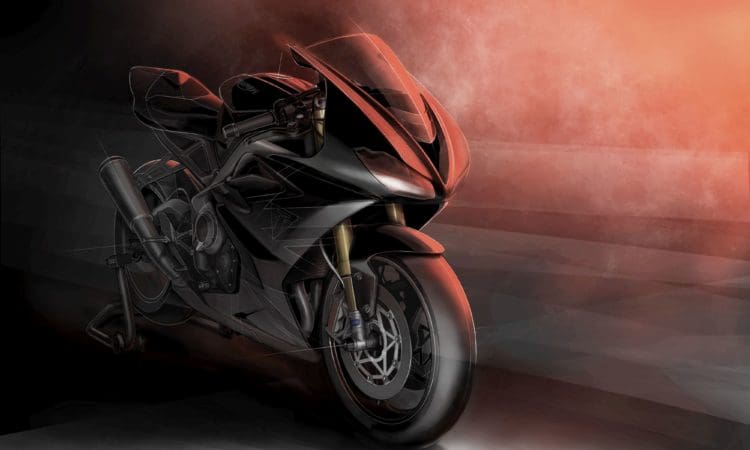 Ladies and gentlemen, finally, the news we’ve all been holding out for: Triumph officially confirm they’re building a Daytona 765 – and for starters, a limited run of Moto2 Limited Edition models.

With the official launch of the 765 not until the British Grand Prix at Silverstone later on this month, specifics at the point of going to print are still a little shady, but we have managed to nab some of the juicy deets to whet your appetite.

The new Daytona Moto2 765 Limited Edition will naturally be the highest ever spec’d Daytona to date, with a whole host of new rider tech and also the highest ever power and torque figures for the model – and indeed any production 765cc to date. It’s then been draped in a special colour scheme for good measure, and Triumph say that it will ‘share some of the key developments that they’ve found from racing in the Moto2 class’. Just the fact that it’s the first ever official Moto2 Dorna licensed machine show that Triumph are taking things pretty seriously with the new model.

There will actually be two different models unveiled, with 765 bikes being made for the Europe and Asia markets, and 765 made for the U.S.A and Canada – all of which are individually numbered. We can’t wait.