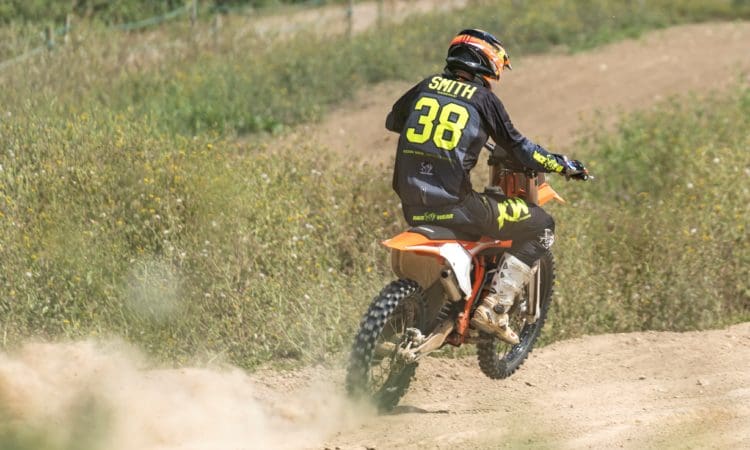 YES – we’d all love to see two-stroke GP bikes racing at Brands Hatch. But this story is a little bit different. UK MotoGP star Bradley Smith is back in Blighty, competing on a two-stroke racebike, sure, but it’s a return to his motocross racing days for Smith, who’s competing at the Apico 2-Stroke Festival at Sellindge MX in Kent on August 31-September 1.

Oxford-based Smith, who’s had podiums in four classes of Grand Prix motorcycle road racing, races for the Aprilia factory team in MotoGP, but saw some of his biggest successes on two-strokes, winning three 125cc GPs with 20 podiums.

28-year-old Smith said: “I stopped racing motocross in January 2005, but two-strokes were a huge part of my life from starting on a KX60 at six-years-old to winning my last 125 GP in Valencia in 2010. The 2-stroke festival gives me a chance to get my competitive nature out of the box, but also just enjoy a shared love for motocross and dirt bogies!”

The 2-Stroke event is now in its third year and harks back to the sights, sounds and smells of yesteryear with only two-strokes allowed in all classes. There are classes from youths on mini bikes to current pro racers on modern bikes, and even former GP stars on pre-1999 Super Evo and Evo bikes, bidding to win official ACU British championships. What’s more, spectator entry is free, where fans can get up close to the riders in the open paddock.

Event organiser Dave Willet said; “This is exactly what the Apico 2-Stroke Festival is all about. It’s designed to get that buzz going and 2-stroke juices flowing, encouraging old and new 2-stroke riders to join in and compete.”