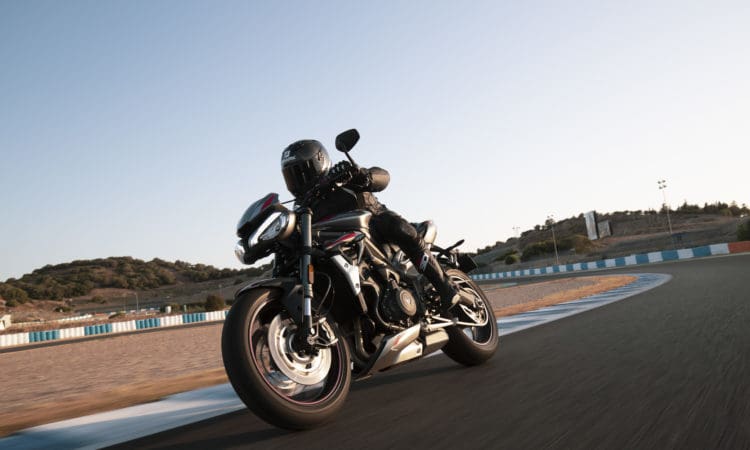 No more peak power, but a heap of extra midrange, and a slew of tech updates for Triumph’s slick middleweight roadster

Time flies these days, eh? It’s already nearly three years since we first rode the 765cc Street Triple – a very sophisticated update on the old 675 roadster, which donated its engine to the Moto2 class last year. And here we are with a new version for 2020.

Triumph’s just unleashed the top-spec RS version at the moment, and is launching it this week, as we speak. The headlines on the press release are all about more power – but it’s only in the midrange where you’ll find additional ponies: the peak power stays the same, around 121bhp.

The engine gets a Euro5 emissions-pleasing retune (yes, no matter how hard a Brexit you want, the firms will be sticking to these regs), which also plumps up the middle of the rev range by a claimed nine per cent. The mods are fairly minimal on paper – a new exhaust camshaft, revised exhaust pipework and can, plus detail improvements to the bottom end.

The styling is also tweaked rather than transformed. There are all-new LED headlights and bodywork, but it’s all still very much in the established Street Triple design language.

On the tech front, we get an upgrade to the latest kit in terms of Bluetooth connectivity, TFT colour dash graphics, improved riding modes – and an up/down quickshifter now comes as standard (as it should do).

You’ll notice we’ve not mentioned any massive chassis mods – because there aren’t any. The brakes still use Brembo M50 calipers up front, the forks are Showa Big Piston units, and the rear shock is an Ohlins STX40. Very nice all round, of course, but pretty much as you were.

The Street Triple RS will still be just about the trickest middleweight naked you can buy. But we’ll let you know for sure when we have a ride on it…