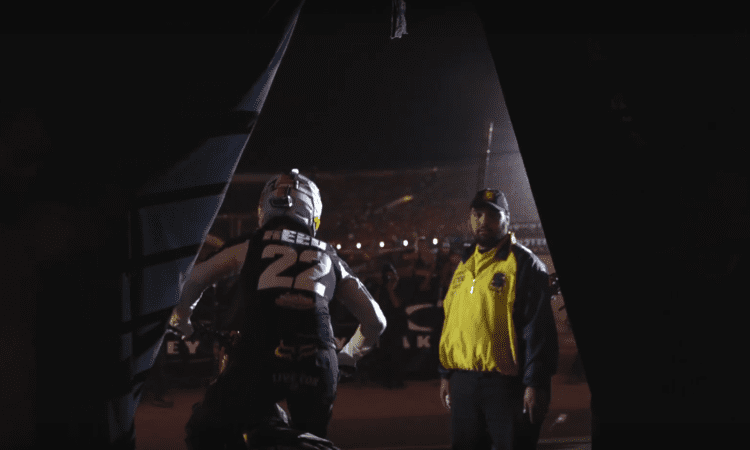 In October, eleven riders used a set of Cardo Systems’ comms at the Vegas round of the Monster Energy Cup – and it was a success. So how long before it comes over to tarmac?

We all know that this tech has been in car racing for yonks – I mean, during club endurance races, most of those lot run with their phone and a set of headphones as a cheap way of communicating.

But now, it looks to be making its way into the two wheeled arena, after Cardo Systems (who’s kit we’ve been enjoying!) allowed 11 riders to use their PACKTALK Bold System, in order to communicate with their pit crew and trackside spotters in real time.

So is it bad, or is it good? AMA Supercross Champion and off-roading ledge Ricky Carmichael said, “I think it’s a fantastic advantage to have a Cardo System so you can get feedback from your mechanic or spotter. From a safety standpoint they can let you know if another rider is down so you can get to the inside or outside of the track, not to mention communication of what the competition are doing too. I think this is going to be the future at some point, hopefully next year”.

Now there’s no arguing with that, is there? We love using comms on the road for safety and banter, and it could have saved us a whole load of heartache whilst team Fast Bikes Magazine were endurance racing this year… but does it take that slight edge off things in terms of the solo rider relying on his team, even more?

Of course, we won’t see this tech in road racing for a while, but it is some food for thought. Would you welcome it, or would it bring about too much strategy, and an end to balls to the wall racing?